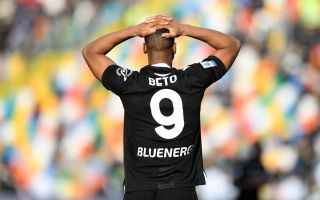 Mediaset: Udinese forward could be Milan’s surprise signing – the situation

AC Milan have been left impressed by the development of Beto at Udinese this season and are considering a future move, according to a report.

According to what is being reported by the journalist Claudio Raimondi for SportMediaset (via MilanLive), the Rossoneri are keen on Beto who has scored 7 goals in 13 Serie A matches since his arrival at the Dacia Arena over the summer, including a goal against Milan earlier in the month.

The player is owned by Portimonense of Portugal, but Udinese have an obligation to buy him for €7m fixed plus €3m in bonuses and a percentage on any future resale. Milan really like the 23-year-old but at the moment he is considered more an idea for the summer.

Nonetheless, he could be the surprise signing of January in the event that Pietro Pellegri were to return to Monaco and have his loan terminated early. It is unlikely that Udinese will let Beto leave during the winter market though and also more likely that Milan only invest in a defender next month.

READ MORE: Milan waiting for approval from Elliott Management before pursuing No.1 target