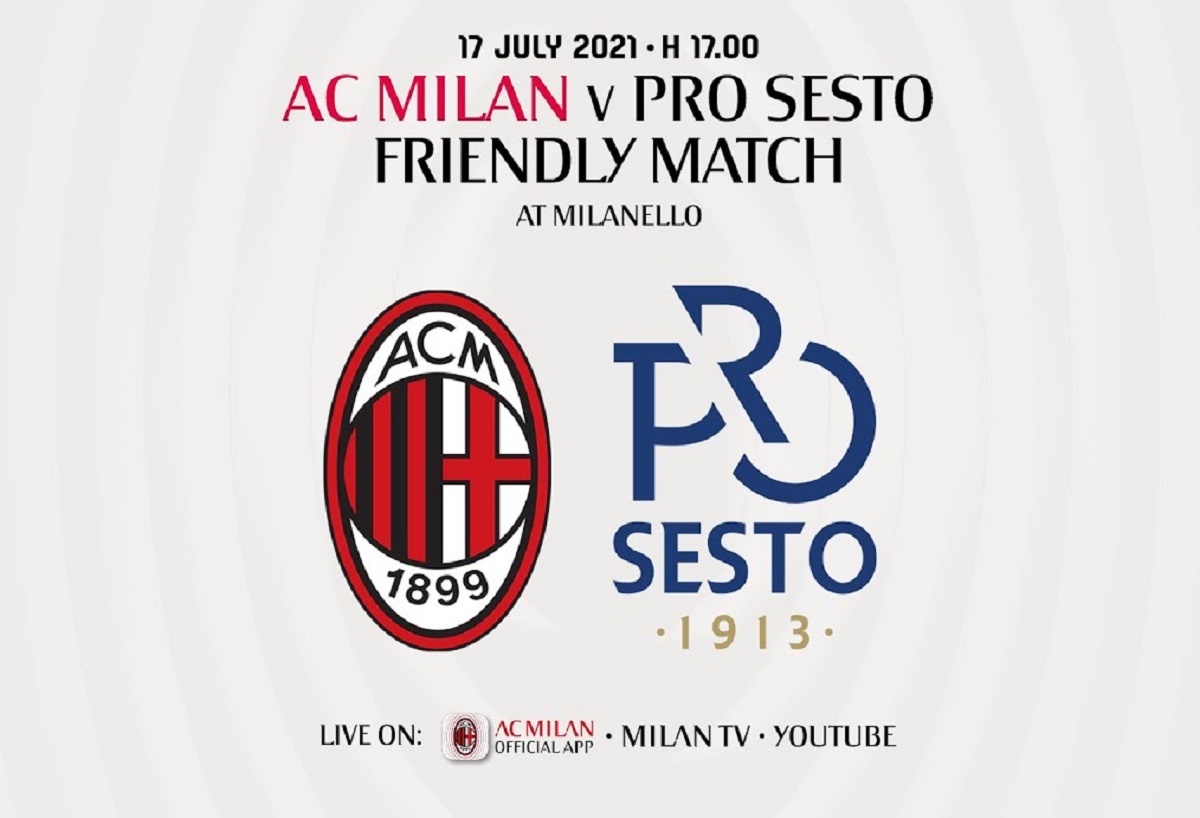 Milan will take part in their first friendly game of the pre-season tour this afternoon, having scheduled a game against Pro Sesto for 17:00 CEST. Hopefully, they will start it off with a convincing win.

The game will be played behind closed doors, meaning there will be no fans present, but it will be streamed on the club’s official Youtube channel. It will also be available on the official app, so the fans should have no issues finding a way to watch it.

We can expect to see the likes of Alessio Romagnoli and Rafael Leao from start. Both have a point to prove after last season and it will be interesting to see them in action. Of course, it will be nice to see the entire team back on the pitch.

Pro Sesto play in Serie C and are the clear underdogs for this game. It’s been reported that Christian Maldini, the son of Paolo, will start at the back for Pro Sesto so that should be interesting to see.

READ MORE: Milan have already spent €60m on transfers – no one like the Rossoneri