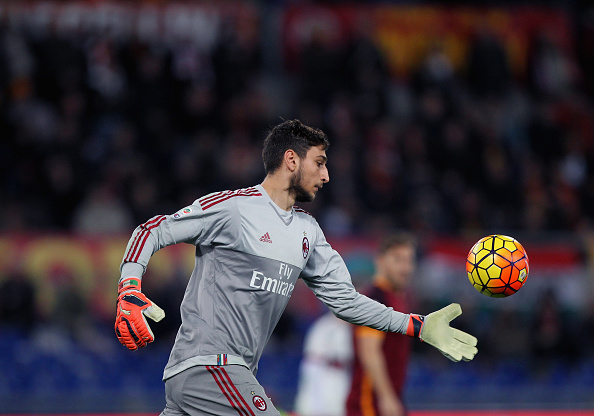 How Milan will tie down Donnarumma

A campaign to forget for Milan despite saving their best performance for last night’s Coppa Italia Final defeat to Juventus. But there has been some good news this season, the emergence of goalkeeper Gianluigi Donnarumma and it’s for this reason that the rossoneri want to tie him down to a new deal at the club.

The idea of Milan is to offer the goalkeeper an immediate three-year contract – the first part will be configured to take him up to his 18th birthday which will see him earn around 1 million euros per season with bonus. Then there will be an understanding with the player and his agent Mino Raiola to then extend this for a further five years as Donnarumma reaches adulthood. This contract would be calculated on the basis of the performance and appearances.

Meanwhile, some European heavyweights continue to observe. Scouts from Manchester United, Chelsea and Manchester City are all regular visitors to the San Siro to see the youngster in action. Milan will need to move quickly to secure one of their crown jewels.

Adapted from an original article by Fabrizio Romano. Translation by Steve Mitchell, via Calciomercato.com