GdS: The worrying numbers behind Milan’s decline from rounds 1-11 to games 12-22

AC Milan suffered a decline in the second half of last season that saw them plunged into a battle just to keep a top four spot having been top for the majority of the season, and they are showing a worrying trend again.

This morning’s edition of La Gazzetta dello Sport has compared Milan’s first 11 league games of the season with their most recent 11 in a number of different areas. Firstly, the most obvious downturn is in wins overall as Milan won 10 of their opening 11 Serie A fixtures, but have won just 5 of 11 since.

They went unbeaten from rounds 1-11 but have lost 4 of their 11 11 games, with an extra draw in there too. That means that the total number of points accumulated in the two ‘halves’ of the campaign so far has dropped from 31 to 17. 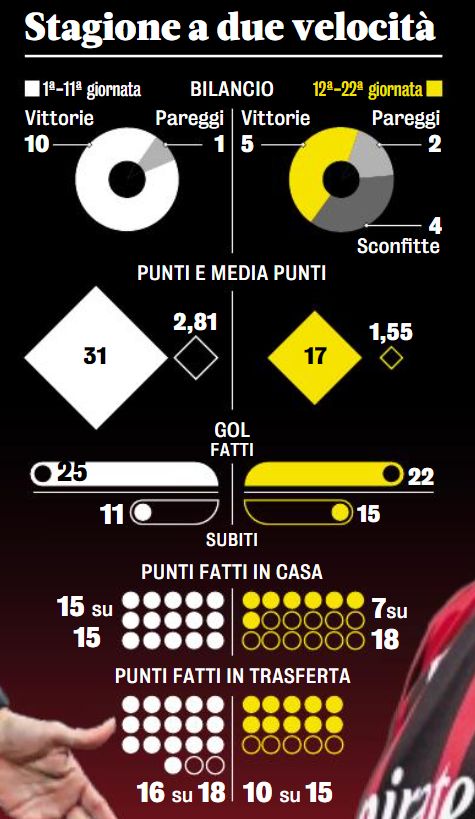