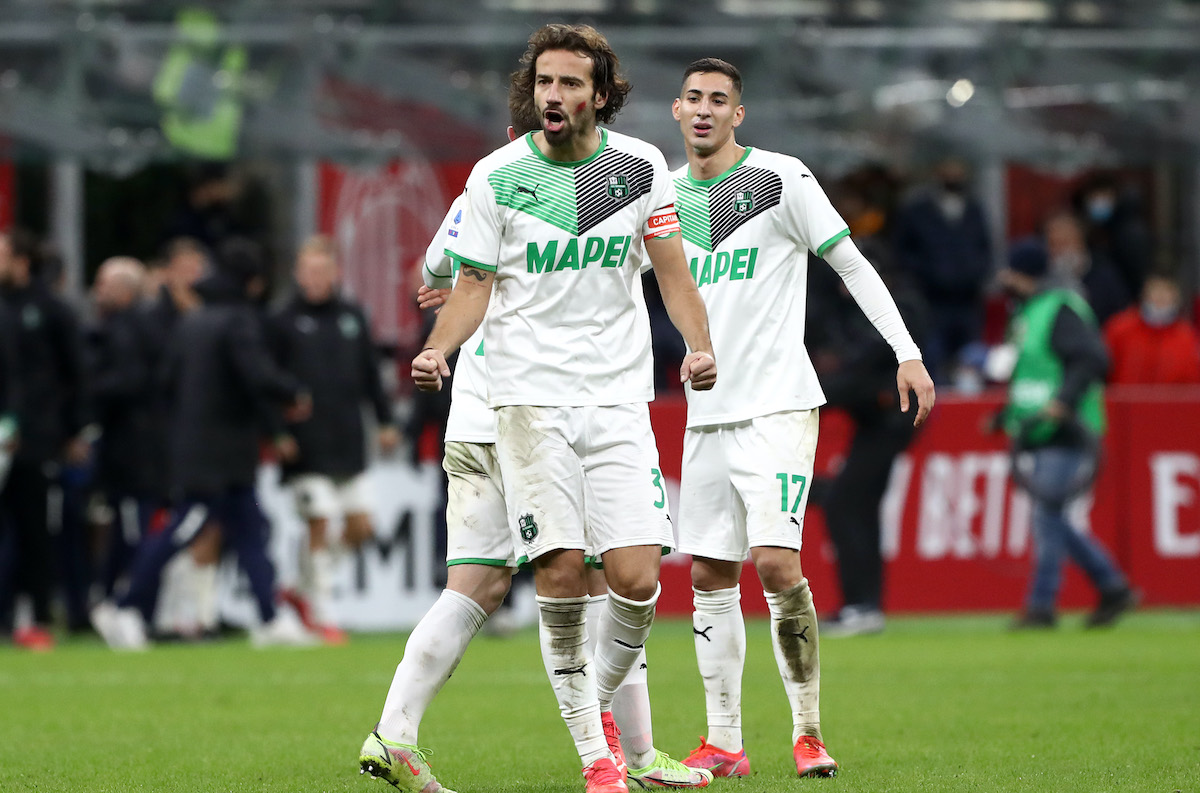 There were numerous worrying signs for AC Milan during yesterday’s defeat against Sassuolo at San Siro, a journalist has remarked.

Alberto Cerruti provided a reflection on the game in a piece for Calciomercato.com in which he begins by questioning the decision to bench both Tonali and Kessie for Bennacer and Bakayoko who both struggled, while Florenzi also did not give the same level of performance at right-back as Kalulu has been giving.

The biggest moment of the game was when Milan took the lead but conceded the equaliser inside three minutes thanks to Scamacca’s fantastic shot from distance, and the reaction never came after that with an own-goal making it 2-1 to the visitors before the break.

Leao and Hernandez never closed the space available to Frattesi and Berardi down the Sassuolo right while the Portuguese winger did not take advantage of the several chances and half-chances he got.

It is no coincidence that it is Berardi who once again punishes Pioli’s team with his tenth goal against the Rossoneri – beating Romagnoli who fell to the floor – but questions must be asked of Kessie giving the ball away in the build-up.

Finally, the introduction of Pellegri in place of the disappointing Florenzi seems to be the ‘classic move of Pioli’s desperation’ as per the journalist, with the misery compounded when Romagnoli was sent off for bringing Defrel down as the last man.