AC Milan’s current squad has been analysed by a report from Calcio e Finanza, following the close of the 2019 summer transfer window.

Meanwhile, Patrick Cutrone and Andre Silva left – the latter in a loan swap with Rebic – while Tiago Djalo also departed in a €5m deal.

The study from CF (via MilanNews.it) essentially shows that following the sales and the signings, the cost of the current Milan squad on the balance sheet for for the 2019-20 season should be around €178.9million.

The overall judgement with regards to Financial Fair Play and the balance books for 2019-20 is still to be decided, as there are both additional revenues and capital gains which could be made – especially in the winter mercato.

Below are the charts that the CF report provides with regards to the current Milan squad.

It should be noted that Ante Rebic is missing from the spreadsheet, but CF add that he joins from Eintracht on a two-year loan (cost €5million spread over two seasons) with a right of redemption set at €25million. He will receive a net salary of €2.2million. 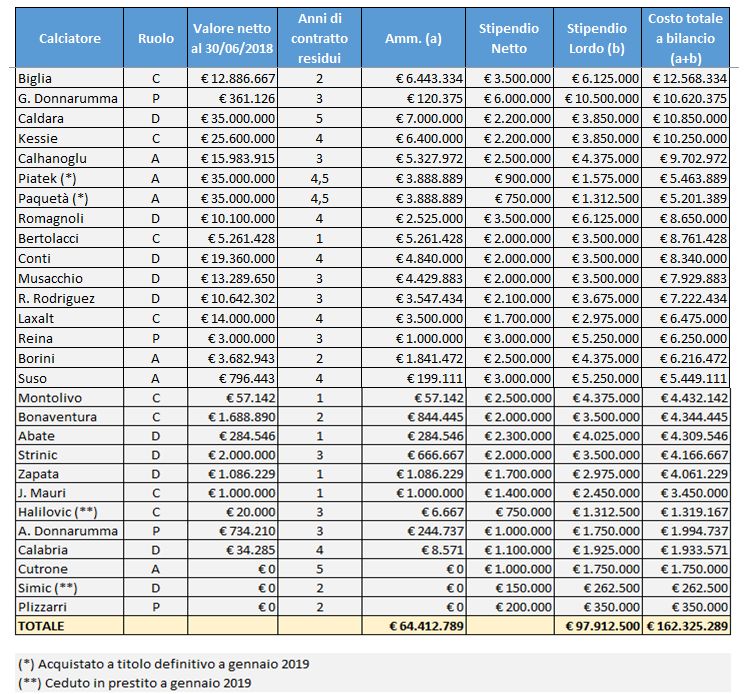 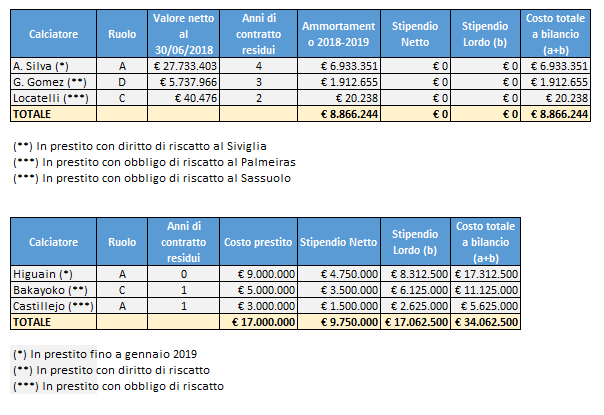