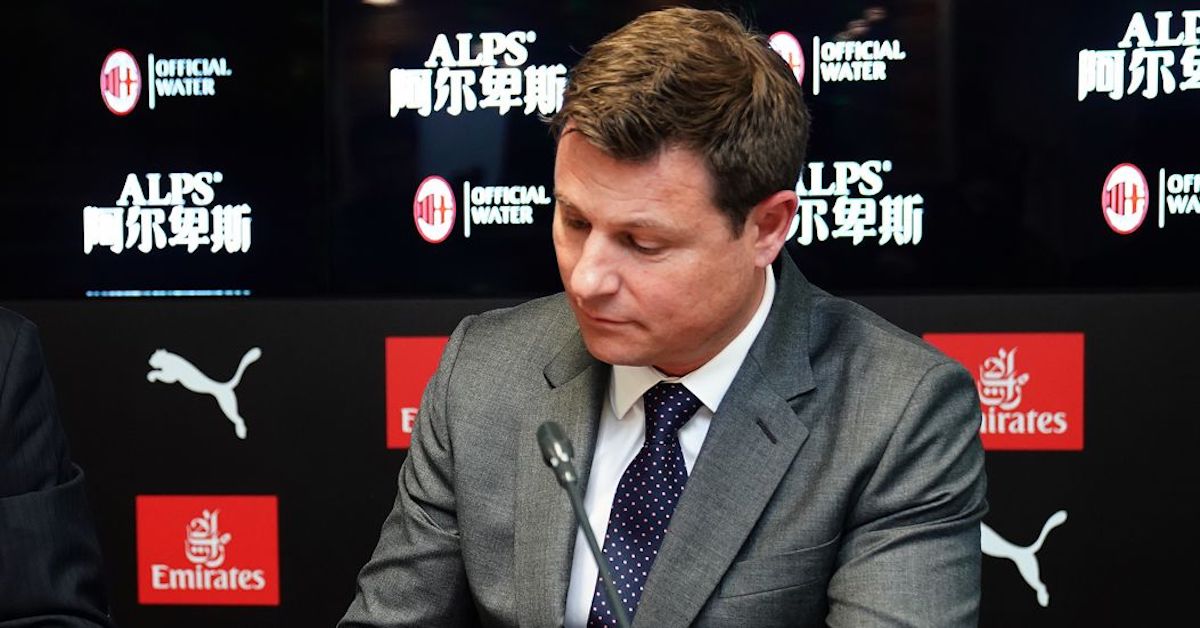 AC Milan’s Chief Revenue Officer Casper Stylsvig has given an insight into the club’s approach to battling a difficult moment off the pitch following the effects of the pandemic.

Milan continue to grow as a brand away from the field despite years without success in relative terms, when looking at the club’s absence from the Champions League and fall from competing for major trophies every season.

Since Elliott Management took over they have been focused on asserting the Rossoneri as a global power in terms of brand appeal through the creation of new partnerships and consolidation of sponsorships.

Stylsvig spoke to SportsProMedia about the challenges that football is facing and about his vision for what a successful club looks like from a commercial standpoint.

“The two things I’m selling are the past and, more importantly, I’m selling a vision for the future,” he says.

“It’s unfortunate that we obviously had a few years where we had difficulties on the pitch and finally things are slightly turning, and we can’t have the fans in the stadium to celebrate this with the team.”

The former Barcelona and Manchester United executive highlighted how partnership-building and communication has been key, which has seen Milan welcome the likes of Skrill, Banco BPM, Roc Nation, TikTok, Twitch and other brands become part of Milan’s fabric.

“When you start putting all these together, you need to make sure that your brand is relevant and up to speed. Generally, football clubs are very good at running from matchday to matchday – they’ve been doing that for a very long time – but it’s the business side of it where you need to understand where to grow your fanbase, which is a challenge for all of us.

“We recognised very quickly that we needed to adapt and we needed to be much more digitally advanced in order to engage with our fans, not only in Italy but around the world. We recognised the importance of being socially active and giving back to our fans and the community.

“One of the first big events we had, global events, was at the beginning of May when we had From Milan With Love, which was sort of a virtual concert hosted by DJ Khaled. And we managed to put this together in less than a week, and the impact was phenomenal. That was for charity, to celebrate the frontline workers. So that’s just one example where we as a club were trying to think differently, and we were also trying to be more innovative because we believe that the line between sport, entertainment and music is becoming very thin.

“And then you have certain markets which tend to buy more merchandise. Also, in Asia, we have some big markets there, in the Middle East, Brazil, and then a market where we’re seeing increased interest is North America. So we can’t put a value on each fan but what we can say collectively is we know the more we engage, the more we make it accessible, the more we make the customer journey on our ecommerce platform easier, the more we will sell.”

On creating sponsorship demand and then meeting sponsors’ demands, he added: “I can talk only for us and not the industry as a whole but I think, because we’ve shown our digital capabilities, they buy into that. They buy into that, listen, we’ve been through these tough times together so once better times are coming, let’s enjoy that together. We also made sure to overdeliver where we could overdeliver, and just have a very open approach. So I think they appreciate that.

“For the future, I think in terms of the bigger-ticket items like principal partners, it’s always very difficult to sell these items when you can’t meet up with clients as you could in the past, you can’t host them at a game, and you can’t portray what the brand is about. That’s the challenge. But by showing innovation and saying, ‘We’ve overcome this and these are the case studies we have and this is what we have tracked,’ – we use a lot of metrics in terms of tracking the performance of the partnerships, it’s what we spend a lot of time and effort on – that helps to tell the story and convince.

“So I honestly don’t think the sponsorship market will go down, but I do think the brands are becoming much more sophisticated and they know exactly what they want. So if you don’t tick those boxes, you’re not going to be considered.”

On becoming masters of their own content production, Stylsvig added: “It’s much easier when we have player appearances, when we have player announcements, that we do it in-house – they come and sign the contract at Casa Milan and then we go to the first floor and we have the photo session there. But also, more importantly, for partners. They can also use the facilities, they can come here and we can create content for them.

“That was very important for us to have that. Of course, there is a cost saving in doing it in-house and not having to rent the facilities outside, but it’s also more the control, the speed, and the flexibility.

“I think coming out of the pandemic will change the approach for most clubs – at least for the most successful clubs. They will further develop the digital space, have the fan in focus in terms of how we can engage.

“It’s not only about monetisation because that comes afterwards. It’s about making sure that you give the fan an authentic experience in terms of being close to the club.”