It is Saturday May 23rd 2007, and AC Milan are taking the field for their eleventh European final. For the second time in a row, they are facing English side Liverpool.

The last time out, they lost a three-goal lead, and lost in a penalty shoot out. This time will surely be different, up until this point Milan had only lost four of the ten European finals that they had played in. They are one of the most decorated teams in the world.

The time was 21:45 EST, and the referee blows the whistle, the game begins, fast forward two hours, and AC Milan are the winners of their seventh European Championship. Paolo Maldini has won his fifth Champions League trophy, something few players in the history of the game have ever done.

Fast forward twelve years, three owners, and six managers; and AC Milan are in a Serie A battle for the ages. The club hasn’t played in the Champions League in five years, something that is quite frankly unchartered territory.

Milan are Italy’s European champions, the ones who are supposed to be representing Calcio on the world stage, and all of a sudden they have trouble even qualifying for the tournament. Why? 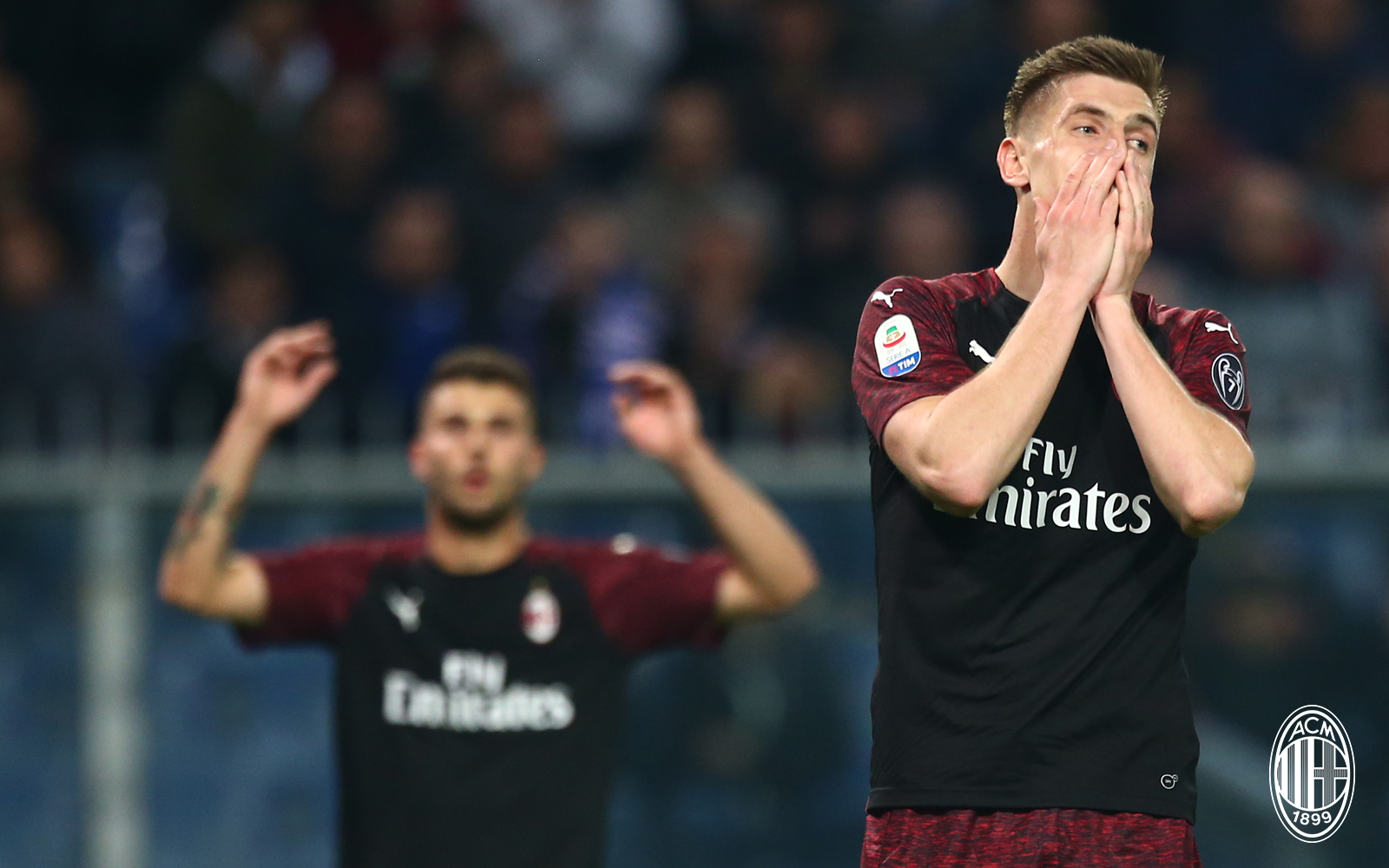 THE WEIGHT OF EXPECTATION

The weight of expectation is slowing them down. They are so close to the finishing line, but the load upon the shoulders of Gennaro Gattuso and each of his players grows more cumbering by the day.

Losing to Sampdoria, drawing against Udinese – these are games that should be certain wins, but instead they are dropping points.

Let’s look at the team. Per MilanData, AC Milan have the youngest starting XI in Europe’s top five leagues with the average age of 24 years and 88 days. Where is all our experience? Where are the players that know how to finish a season strong?

👶 #ACMilan have the youngest average starting line-up of any team in Europe’s top five leagues in 2019.

👀 The average age of the Rossoneri’s starting XI this year is just 24 years and 88 days.

The players on the team do not know how to deal with the pressure that they are under right now, and it has shown in the last few games. They look totally lost on the field, and it is something that manager Rino Gattuso must grasp and get a hold of if he wants to be able to take the team to the next level.

This is something that has come up a few times this season, when the team has stopped performing to the standards we know the team is capable of. Back in November/December, the team dropped vital points, but managed to turn their fortunes around and started 2019 in red hot form. The same is needed now.

Our current squad has very few players that have played in the Champions League. We have the likes of Lucas Biglia, Mateo Musacchio, Tiemoue Bakayoko, Hakan Calhanoglu, Ricardo Rodriguez and of course Ignazio Abate.

But why does that matter? Being able to compete both physically and mentally is huge in professional sports. You can be the most talented athlete, but not able to handle the pressure and you won’t go anywhere.

And this is where the weight of expectation comes into the equation. Fans from all over the world expect Milan to be able to qualify for the Champions League year after year, and for the past five years the fanbase has been disappointed. This season is different the Rossoneri have a very talented team that can finish fourth, if not third in Serie A.

You can look at this as both a positive and a negative. The glass-half-full approach says that the players are nervous about failing because they understand what it means to wear the Milan shirt, and that means that Gattuso, Maldini, and Leonardo are doing their job at creating a culture of success around the training ground and the team. But now success must follow.

The negative is that the players are letting the weight of the jersey get in their heads and not performing, and that has showed in the last three matches. This falls on the back of Gattuso, who is not motivating the players properly, along with not calming them before matches so they perform to the best of their ability.

How the rest of the season goes is up in the air. One good match is needed to restore confidence levels, and this group of players is capable of it.

That weight upon the shoulders is growing heavier and heavier, but it must be carried across the finishing line, one way or another.