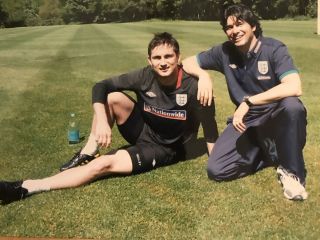 AC Milan’s psychology coach Stefano Tirelli has supported the decision from Stefano Pioli not to lead the team on a retreat.

Preseasons usually involve teams staying in together for long periods in retreat mode at training centres, which means they cannot go home to their personal residences. However, Milan’s summer preparation ahead of the 2021-22 season will see Stefano Pioli bid farewell to his men each evening, for them to recuperate in their own surroundings.

Mental coach Stefano Tirelli ushered his words of support in light of Pioli’s decision. Speaking to Tuttosport (via MilanNews), he said: “From my experience of many years in the Premier League, I agree with the choice of Pioli. What counts are the attitudes inside the sports center, from when you enter until you leave: maximum intensity in training, maximum concentration in what you do and are asked of you.”

The experienced psychological coach added: “We are talking about athletes, professionals who know how to behave. At home, they can continue with a correct diet, a regular wakefulness sleep cycle but in addition they also have the support of their respective families.”

Tirelli has experience working with some well-known figures in the sport, including the likes of David Beckham, John Terry and Frank Lampard, during his stints in the Premier League with Chelsea and as part of Fabio Capellio’s backroom staff with the England national football team.