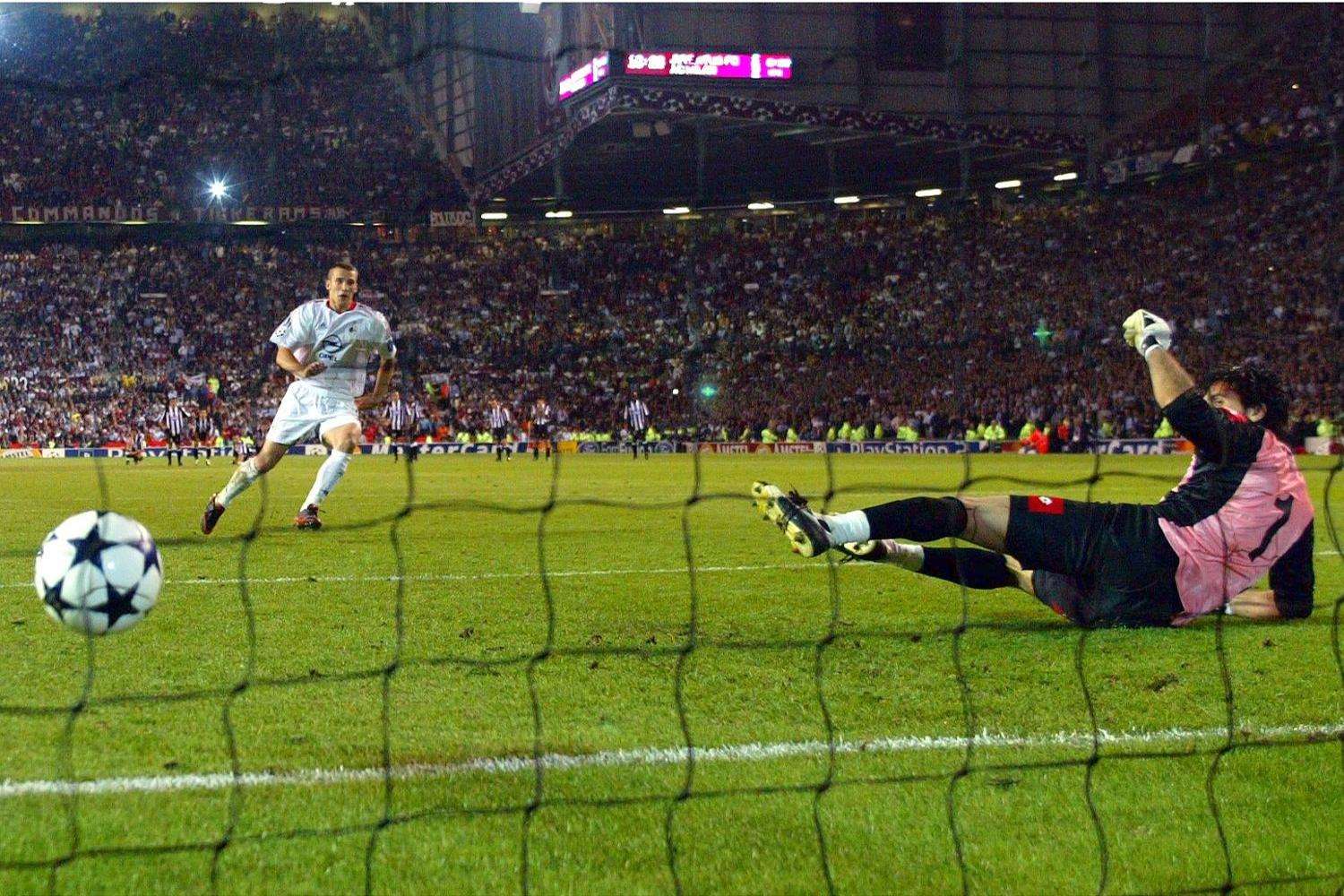 Features Features
Milan’s most historic victories in 120 years of rivalry with Juventus
By Vijay Rahaman - 6 November 2019, 18:00

In a poll conducted by a website back in 2005 asking Milan fans to vote for their biggest rival between Inter and Juventus, it finished 52% for the Bianconeri and 48% for the Nerrazurri.

As the Rossoneri get set to travel to Piedmont to face La Vecchia Signora next Sunday,it would be interesting if such a poll was conducted now, 14 years later.

The fact remains, all Milanisti’s passion ignites whenever a match
versus Juve is forthcoming, as it will be very soon. Before that though, the Bianconeri face a difficult trip to Lokomotiv Moscow in the Champions League, for which they are surprisingly clear favourites according to the main bookmakers like Foxbet , something that Milan could use to their advantage given they will have tiredness in their legs.

Il Diavolo won the first ever meeting between the clubs back on the 28th April 1901 by a score of 3-2 in a clash played in Turin. The encounter was contested in the old Italian Football Championship in an exciting knock-out.

The Lombardians created history in the same season as they won their first ever title, after beating Genoa just a week later by a score of 3-0, played in Liguria.

The early part of this rivalry leading up to the first world war was fairly even, with Milan winning eight of the first 16 matches, with six losses and a couple of draws.Overall, in 287 matches played between the rivals, Juve have won 107 matches to Milan’s 94, with 86 being drawn.

Whenever Milan travel away from home to play Juve, it’s always a special occasion, even if the record is not great. The club have won 27 matches against Juve on their own patch in 120 matches, the last of which was almost nine years ago by 1-0, in a goal scored by Gennaro Gattuso, in one of Rino’s 11 goals he managed in his 13 years at the San Siro.

It does not happen too often, but when Milan do beat Juve away from home, it is quite significant. The last three times Milan won the Scudetto – in 1999, 2004 and 2011 – Milan beat their rivals away from home every time. As a matter of a fact, former CEO Adriano Galliani eluded to such after the last victory in 2011.

This is the biggest win for Milan in the 118 year battle with the Bianconeri. One of the first true legends for Milan was the Belgium striker Louis Van Hege who managed 98 goals in 91 matches for the club, and included in that was a hat-trick in this clash.

It was played at the Campo di Porta Monforte in a dominant performance from the home team as they ran riot over the visitors, in complete control from start to finish in what was then known as the Ligurian-Lombardy-Piedmontese group of the Italian Football Championship. 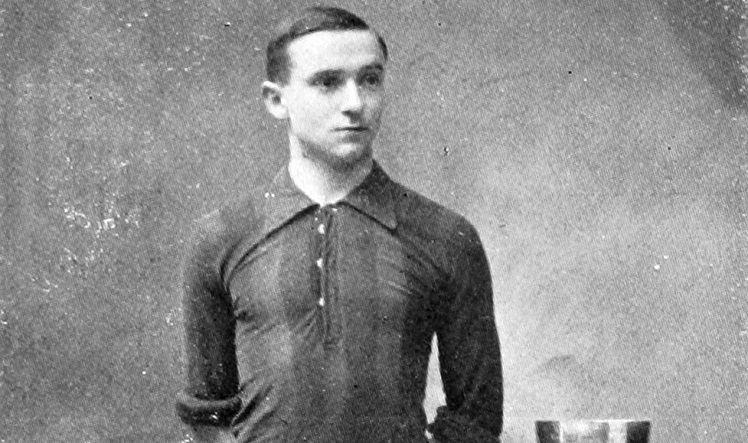 Giuseppe Rizzi and Aldo Cevenini helped themselves to braces as well. The victory was achieved as Milan were enjoying their best run over Juve, as it was the fourth win in a run of five consecutive triumphes that the club would gain over their rivals.

Following decades of struggle for Milan after their pre-war golden period, the club experienced a couple of decades where despite having good players, they could not clinch the title, which by this time was now known in its modern form as Serie A.

It led to a revolution at the club and the famed Swedish trio of Gunnar Gren, Gunnar Nordahl and Nils Liedholm were signed after they led their nation to the Olympic gold medal at the London games in 1948.

The Rossoneri travelled to Turin to face the then defending champions and annihilated them. Milan conceded the first goal in just the 12th minute, but then scored seven un-answered, with Nordahl grabbing a hat-trick. Further goals from Gren, Liedholm, Renzo Burini and Enrico Candiani rubbed salt into the wound of the Bianconeri.

The club at the time were managed by Toni Busini and the tactics, but even more significantly, the mentality he installed in his players before the match paid rich dividends. That win gave the club the confidence that they were indeed back among the Italia elite, and they stormed to the Scudetto the very next campaign.

Heading into the 1966-67 campaign, the Rossoneri had never won the Coppa Italia in their history, but that all changed this time around.

They strolled through to meet Juve in the semi-final, which was played in the cauldron of the Stadio Communale. At the time, the Zebrette were the dominant force in calcio, while Milan had won nothing for four years, so the task at hand was daunting to say the least.

Milan have had many a Brazilian hero in their illustrious history, and it would be one of those that would prove the key to this win in Turin. In a tight and tactical match that went to extra-time, after the teams had been tied at 1-1 during normal regulation time, it would be Amarildo that got the decisive strike.

The 1962 World Cup winner’s winning goal came in the second half of added on time to send the travelling Milanisti into raptures at the significance of the trip. He got the winning goal in the final as well versus Padova, as Milan finally won the domestic cup.

During another period of domestic dominance for Juve, it was left to Milan to stop them from completing the domestic double as they met in the Coppa Italia final.

Played at the Stadio Olimpico in the eternal city on a hot summer night, Milan went behind in just the 15th minute from a Roberto Bettega goal, but Romeo Benetti struck back just five minutes into the second half from the penalty spot.

Both teams created good scoring chances, but – at the end of a long season – the match went into extra-time, as neither side could grab the advantage. For the first, but not the last time, the clubs had to go head to head in a penalty shoot-out to be separated.

The Rossoneri put away all five of their spot kicks, while the goalkeeper William Vecchi saved three of the Bianconeri’s. It was a sort of “revenge” for Milan, as the club, led by captain Gianni Rivera, felt that the refs were favouring Juve during this time, and they lost out the Scudetto in two consecutive campaigns.

Without a shadow of a doubt, the biggest encounter between the clubs has been the UEFA Champions League final at Old Trafford, Manchester.

At the time, Juve had just won back to back Scudetti, and were looking to add the European Cup to their trophy haul. Milan on the other hand had gone through a few years of re-building with a new manager in the form of Carlo Ancelotti and a number of new players.

Heading into the final, the bookmakers had Juve as the favourites, but Milan were the better team throughout the tight match and victory was clinched as Andriy Shevchenko struck the winning penalty in the shoot-out, having had a goal disallowed for offside in the early stages of the match.

While Milan created the majority of the goal-scoring opportunities, the match itself was not a great one. That did not matter as Paolo Maldini lifted the trophy and Milanisti around the globe rejoiced at arguably their biggest ever victory.