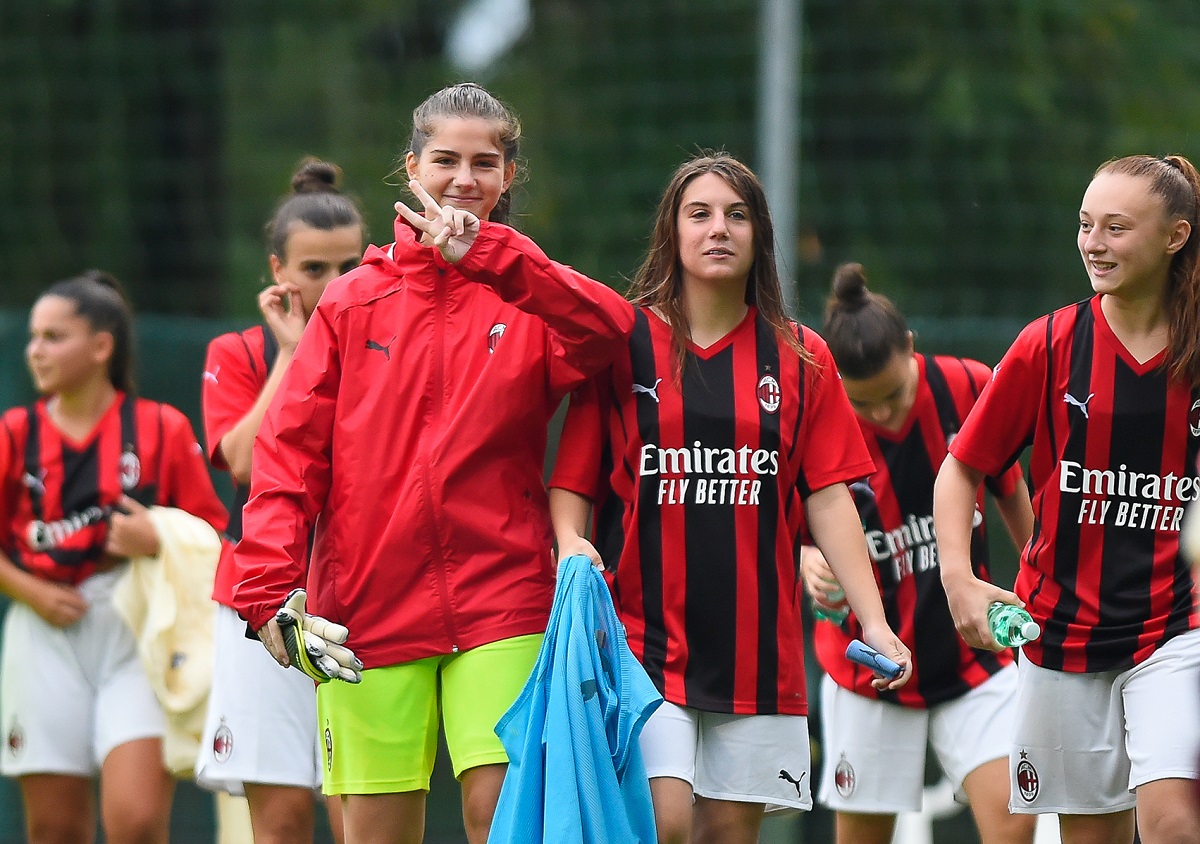 Milan’s Primavera squad for their girls notches up successive victories

AC Milan Women’s Primavera team has got off to a great start. The ragazzine began their campaign with a 1-0 victory over Juventus. The Bianconere are the Kahunas of the league, so to claim a scalp off of them was pretty impressive.

The winning goal came off a corner kick by Monica Renzotti. They then followed that up with a 2-0 win over Sampdoria. They then capped it off by battering Chievo Verona by a score of five to nothing.

The team currently sits in second place in the Primavera Femminile standings. They are tied with Inter at the top of the standings, but the Nerazzurre are ahead on goal difference.

Like their senior counterparts, the Primavera league will go on hiatus for the international break. A few Milan players have been summoned to the Italian national team. Miriam Longo has been summoned to the U-23s by Selena Mazzantini. The Azzurrine will play Spain in a friendly match on October 21st.

Meanwhile, Zanini Paola (defender), Sorelli Nadine (defender), and Renzotti Monica (attacker) have been summoned to the Under-17s by coach Nazzarena Grilli. They will play in a mini-tournament between October 22nd to the 28th in Sweden. There, they’ll face off against Wales, Sweden, and France in round one of their European qualifiers.

The Campionato Primavera Femminile won’t resume play until October 31st. And once it does so, then may the Rossonere continue their winning streak in the league.