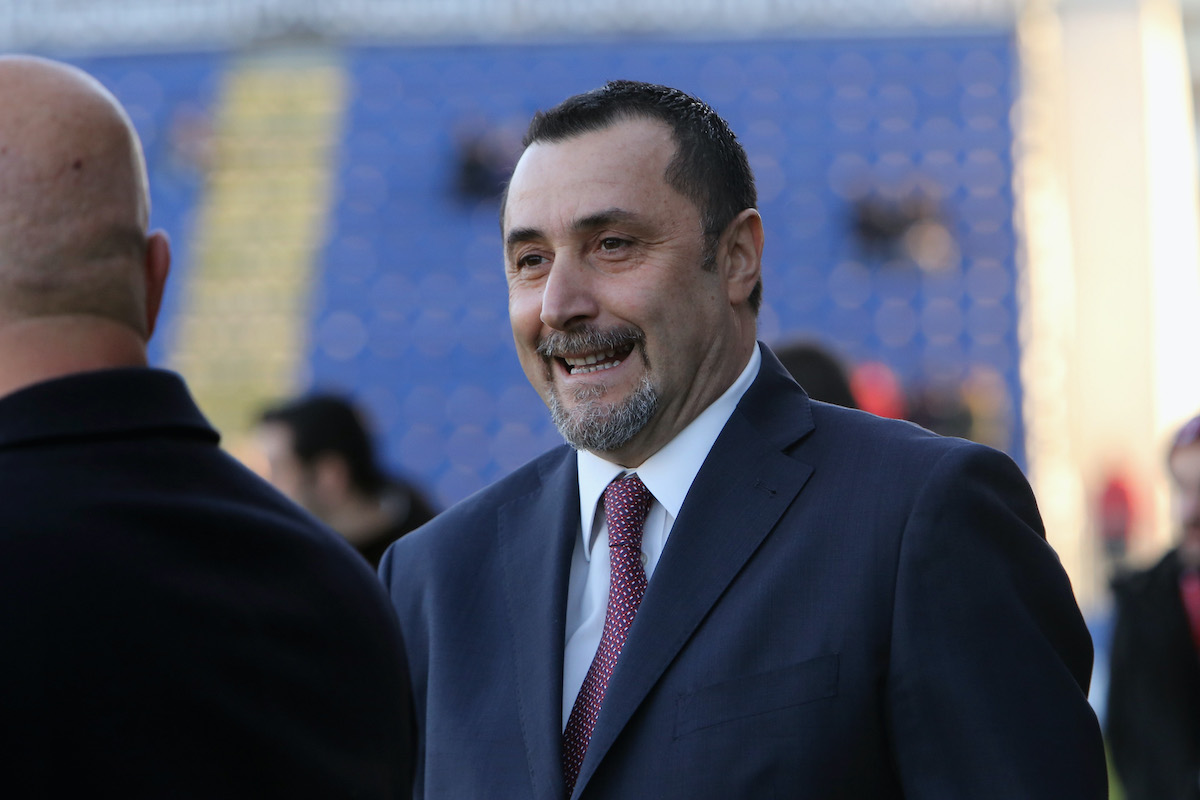 Mirabelli discusses how close Immobile, Aubameyang and Rakitic were to Milan plus Kessie-Bonucci shirt number row

Former AC Milan director Massimiliano Mirabelli has once again returned to speak about his experience with the Rossoneri, one that was short and not very sweet.

Both he and CEO Marco Fassone were let go a year later in summer 2018 when Yonghong defaulted on the repayment of loans and Elliott Management seized control of the club after an unsuccessful season.

Mirabelli has previously been outspoken about his time with the Diavolo – such as having an agreement in place to sign Cristiano Ronaldo and the huge fine he gave to Leonardo Bonucci.

Now, he has spoken to Calciomercato.com about his year at Milan, beginning with today’s derby against Inter.

“It’s a strange league, but I’m proud that in an important match like this both on one side and on the other there is also a bit of my work. Among the Nerazzurri I discovered Brozovic and Perisic, on the other side they are going forward with the bases that we left us: from Donnarumma to Calhanoglu, passing through Romagnoli, Calabria and Kessie. Plus there is Ibra who is doing very well,” he said.

Is it true that you wanted to bring Gabriel Jesus to Milan?

“He has always been a passion of mine. One day I decided to go and see him closely at the Palmeiras training center, because from the videos and at the stadium he had fully convinced me technically but I had the impression he was too thin.

“I went to the sports center of the club during a training session, making sure to meet him when they finished. At that moment I found out that for me he was a complete striker. When I returned to Milan we tried to sign him, but I can’t to say why in the end the deal was no longer closed.”

“For me it is a great disappointment to have seen him and André Silva go away. Sassuolo wanted Locatelli already when I was there. They asked for him, but I only wanted to let him go on loan or with a buy-back in favour of Milan, but in the end the deal never took off.”

During the Rossoneri experience you also tried to get Ciro Immobile, why did the negotiations not close?

“I hadn’t come to terms with Lotito. We already had an agreement with the player, but Lazio wanted €100million and so nothing was done; they knew they had a champion at home.”

On Franck Kessie and Hakan Calhanoglu…

“The Turk had gone off the international radar because he had been banned for 7 months, and even in Leverkusen he was a bit on the sidelines. We had been following him for years and waited for the right moment to catch him. It was a bet, today I can say that we won it.”

“Atalanta and Roma already had an agreement for the transfer to the Giallorossi, I had only one card to play: the will of the player who preferred to come to Milan. I remember that with the agent Atangana it was a long negotiation that ended at 3AM, made in a closet of a hotel on the outskirts of Milan because we couldn’t be seen.”

Among the sales of Mirabelli’s management there is also that of Pessina to Atalanta. Does he regret it?

“Absolutely not, because the more the player does well with the Nerazzurri, the more Milan earns. At that moment Pessina needed space, he should have entered the Conti deal but in the end they were two unrelated operations. We agreed that if we had closed for Conti we would have committed to playing Pessina too. I believed in the boy, so much so that Milan has already collected something and will still cash in on his performances.”

How did the idea of ​​signing Bonucci come about?

“More than an idea it was an opportunity. It was not a planned purchase, but an opportunity of the moment. We took advantage of his break with Allegri, and when there was a chance we jumped at it. Many have criticised our choice to take him, but for me the purchase of one of the best defenders cannot be questioned. We just needed time, for everyone.”

Can you tell us a background of the deal?

“When we had closed the deal, I left and Fassone remained with Bonucci’s agent, Lucci. The prosecutor convinced Marco to give Leonardo number 19, but they didn’t know that I had already promised it to Kessie. So it happened. Neither wanted to give up that shirt, and there was a real risk that one of the two signings would miss.

“I remember that during the tour in China he had to play a friendly match with Bayern, and five minutes before the start of the match Kessie did not want to enter the field without ‘his’ 19. In the end, however, thanks to his extraordinary humanity, he managed to understand the situation and took a step back, leaving that number to Bonucci.”

Are you still in contact with Fassone after the farewell at Milan?

“Yes, we have remained on good terms. Who knows if we will work together again, in football you never know what is going on.”

What is the thing that you would not do again when you look back?

“To hesitate too much when there was the possibility of bringing Aubameyang to Milan. Along with Gabriel Jesus, he is another obsession of mine. I had already tried to bring him to Inter when he was at Saint-Etienne. The French wanted 7 million, but I couldn’t convince my bosses. When I was at Milan, however, for budget reasons, we had to choose whether to take Aubameyang or Bonucci and Kalinic, who had been requested by Montella. Perhaps at that moment I should have given priority to the Arsenal striker, and only subsequently made other signings.”

And the great regret of the transfer market?

“Ivan Rakitic. I also went to Barcelona to meet him, even before officially joining Milan. Barça was hesitating about the renewal, so I tried to fit in. Then unfortunately the closing took a long time and we escaped but if we had already been at the club I am convinced that we would have taken it.”

What are your thoughts on the ​​Chinese ownership?

“Honestly, I can’t speak ill of it because we had excellent relationships, but we can’t understand what happened next either.”