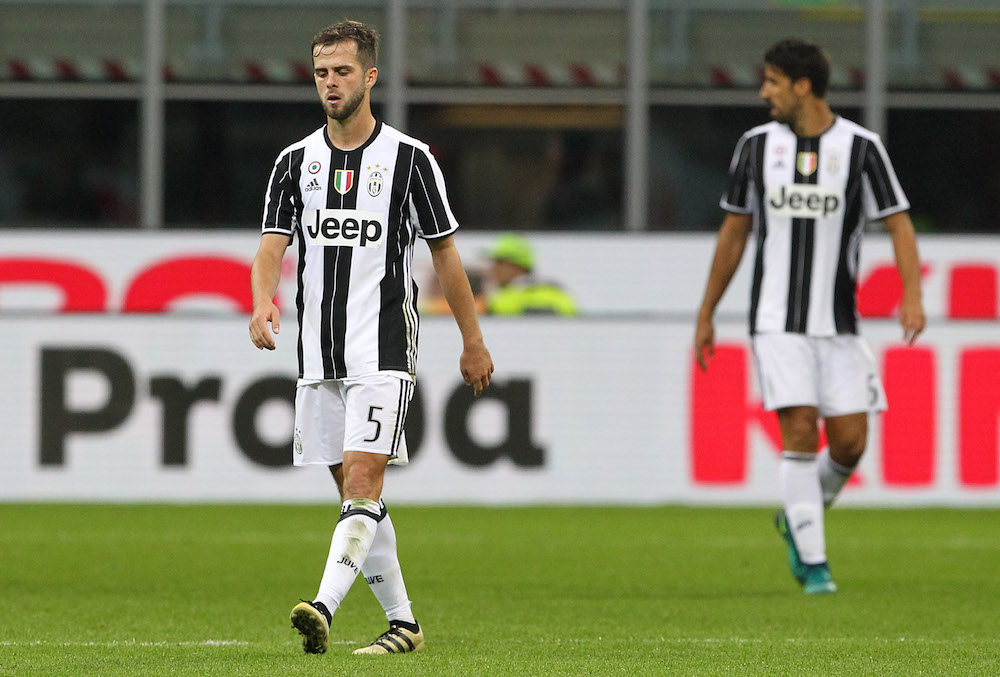 Juventus star Miralem Pjanic could miss next week’s Italy Super Cup final against AC Milan. The Bosnia and Herzegovina International picked up an injury yesterday night and was forced to leave the pitch in the 51st minute of the clash against Roma.

Medical tests will determine the player’s recovery time. Meanwhile, the Old Lady’s boss Max Allegri has told media that Juventus medical staff will do everything they can to recover the talented midfielder, who has been criticised for some performances this season but still has six goals and seven assists in 19 games in all competitions so far.

Pjanic joined Juventus from AS Roma last summer as the bianconeri met the €30 million release clause included in his contract with the giallorossi.

Juventus and AC Milan will play the Super Cup final in Doha next Friday. If Pjanic fails to recover in time for the next game, Allegri could decide to return to a 3-5-2 formation with Sturaro playing in place of the 26-year-old star.