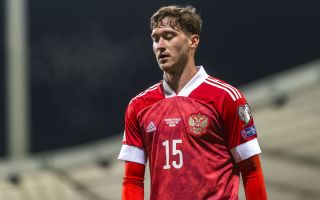 TMW: Milan one of four clubs interested as €15m Atalanta forward could leave

AC Milan are one of the clubs who have been alerted by the possibility that Aleksei Miranchuk could leave Atalanta, according to a report.

TMW reports that the playmaker arrived a year and a half ago from Lokomotiv Moscow after Atalanta spent €15m to land him, but his agent Vadim Shipnev confirmed that he will meet with the management by the end of the month to discuss Miranchuk’s future given he has played just half of Atalanta’s league games so far this season.

In the last three games against Lazio, Manchester United and Cagliari the Russia international remained an unused substitute and Russia’s head coach actually complained about the little use he is getting.

The idea currently is to stay in Italy because of the Growth Decree which allows the player to receive a higher salary with the same gross amount due to the tax benefits, but he must remain in the country for at least two years.

Genoa and Torino have been targeting him for some time, while Sassuolo could target him if they sell Jeremie Boga or Domenico Berardi. The report adds that Milan tried on the penultimate day of the summer window to sign him and could move again if Junior Messias continues to struggle.

READ MORE: Maignan training as a striker to keep fit – when he is expected to return