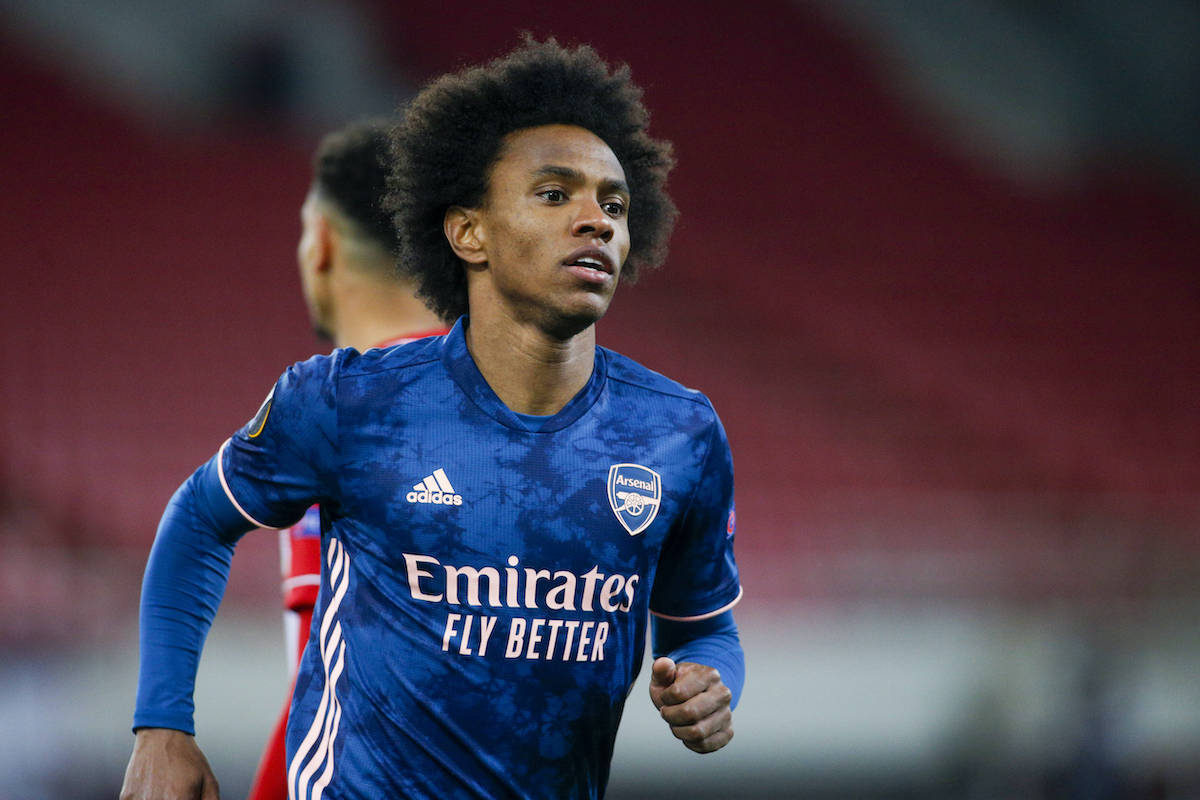 Mirror: Milan readying €8.2m bid for Arsenal winger who might be ‘tearing up’ contract

AC Milan are now ahead of Corinthians in the race to sign winger Willian from Arsenal and are planning a bid, according to a report.

The latest from the Sunday Mirror (via HITC) writes that Mikel Arteta’s Arsenal are willing to sell Willian before the window closes on Tuesday, with the Rossoneri having expressed an interest in signing the Brazilian.

Reports had suggested that Willian was on course for a return to his home country as Corinthians came forward, but the paper are reporting that Milan have jumped ahead of them in the race to land the ex-Chelsea star.

Not only that, but they claim Paolo Maldini and Ricky Massara are ready to offer £7m plus bonuses (€8.2m) to land Willian, but the Gunners are holding out for €10.5m despite the fact he joined last summer on a free transfer after leaving Chelsea.

The 33-year-old can play on either wing but also as an attacking midfielder, but there are question marks about the quality he can offer given his recent seasons.

Interestingly, Sky Sports are reporting that Willian is ‘tearing up his Arsenal contract’ which will save them £20m. He has two years left on £240,000 a week deal but instead of just sitting back and taking the money or asking for a pay off, he is walking away to sign for Corinthians on 70% less wages.