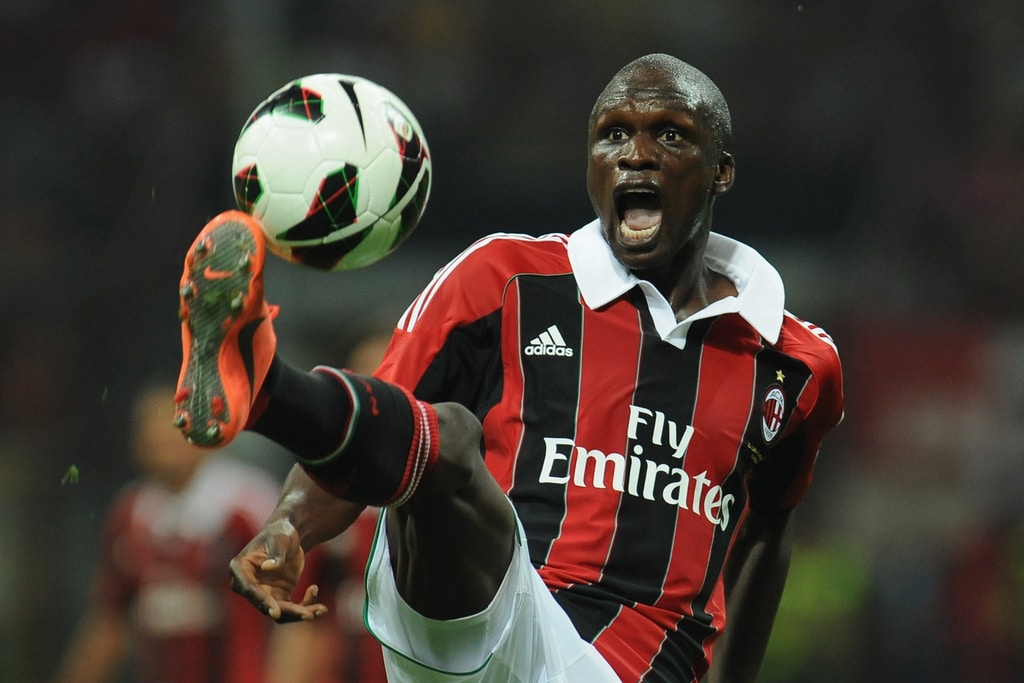 AC Milan never lost with him on the pitch. Bakaye Traoré left his mark in the club’s history – not for his goals, qualities or extraordinary abilities. Instead, he was the Rosssoneri’s lucky charm.

The story dates back to the summer of 2012, when several experienced players left the club, in addition to Thiago Silva and Zlatan Ibrahimovic. The beginning of the end, the Milan fans will agree on.

Adriano Galliani tried to salvage the situation on the transfer market, but the era of big investments was over and thus he looked at free transfer. Bakaye Traoré was one of the first to arrive, and in hindsight the impact was positive.

The player looked tall, well structured and ambitious, as Milanlive.it recalls. In short, the ingredients to succeed were there, but then the cake ended up being a disaster, at least on an individual level.

For Milan, though, Traoré was a lucky charm. He made a total of nine appearances in a year, including one in the Champions League against Barcelona (the 2-0 win at San Siro). In the process, he bagged zero goals, zero assists and one yellow card.

However, they were all victories, hence why the player’s spell with the Rossoneri is remembered till this day – in addition to his failure to impress, of course. There are also a few interesting anecdotes from his year at the club, all off the pitch.

In fact, he became the first outfield player to choose the No.12 in Milan’s history. Another one relates to M’Baye Niang, back in September of 2012. The French striker was pulled over by the police, driving even though he wasn’t 18-years-old yet.

“I’m Traoré,” he told the police, who didn’t fall for his hilarious attempt to get away with the offence. After his time at Milan, the midfielder moved to Turkey: Erciyesspor first, then Bursaspor until 2016.

Today, he’s 35-year-old and he hasn’t been part of a team in over a year. In other words, he’s basically retired. The Milan fans will never forget him and you can certainly understand why. The memory of the lucky charm, therefore, lives on.

READ MORE: Plizzari and Pobega – Milan already have the future stars of the club