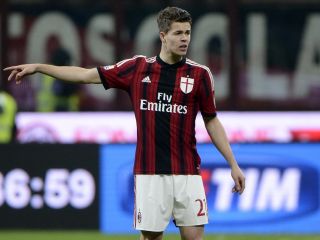 ML: From AC Milan to depression – what happened to Marco Van Ginkel?

What happened to Marco van Ginkel? In 2014, he was at AC Milan on loan, then he suffered many injuries and eventually got depressed. Certainly, the Dutch midfielder had to deal with a lot of bad luck.

Owned by Chelsea, he had the opportunity to play for the Rossoneri in the 2014/15 season, with Filippo Inzaghi as the manager. In total, he racked up 18 appearances and got one goal in the process, against Roma.

As Milanlive.it highlights, he seemed destined to become a great midfielder even at a very young age. He started at Vitesse, who have a good relationship with Chelsea. And in 2013, he was signed by the Blues for a transfer fee of €10m.

Jose Mourinho gave Van Ginkel his debut against Hull City in September, but he suffered a serious knee injury in that game. It took him nine months to recover and exactly one year later, Chelsea decided to send him out on loan to get some minutes.

At that point, Milan stepped forward. It was a dry loan without an option to buy, which was another sign that Chelsea believed in him for the future. He did pretty well with the Rossoneri, but not what was expected.

Just like in England, he suffered a few injuries which really held him back from proving his worth. Therefore, he returned to Stamford Bridge and Milan didn’t make any attempts to keep him on a permanent basis.

After a brief spell at Stoke City still on loan, he returned to Chelsea and immediately got sent to PSV Eindhoven on a six-month loan in January of 2016. The following season, however, minor injury struggles were back.

In June of 2018, he suffered yet another serious knee injury, which has kept him on the sidelines until now. Speaking to Dutch outlet NOS, Van Ginkel revealed that his injury struggles resulted in depression after surgery went badly.

“At first everything went fine, but fate struck after three weeks. I was told I had an infection. Pretty serious and quite aggressive. I got sick. And the knee got really fat. They didn’t immediately know what it was, it took two weeks.

“Then you get despondent. When you hear that everything has to be taken out again, that you have to be operated on again, but you don’t know when. My knee had to be rinsed to get the infection out. So I had three operations in six days. That was quite a happening.

“I had to wait four or five months before I could do anything again. Those months took a long time. I did have a dark period,” he stated.

Van Ginkel is still owned by Chelsea, having worked with the club’s medical staff to recover from the injury. By the looks of it, the worst is over, although he now has to convince the club to keep him.

His contract will expire in the summer of 2020 and he hopes to get a second chance. In November, he returned to training with the rest of the squad after 18 months out. And in all these years, he has always been owned by Chelsea.

However, his last appearance for the club dates back to 2013. Therefore, it could be quite a challenge to convince Frank Lampard that he’s the right man.