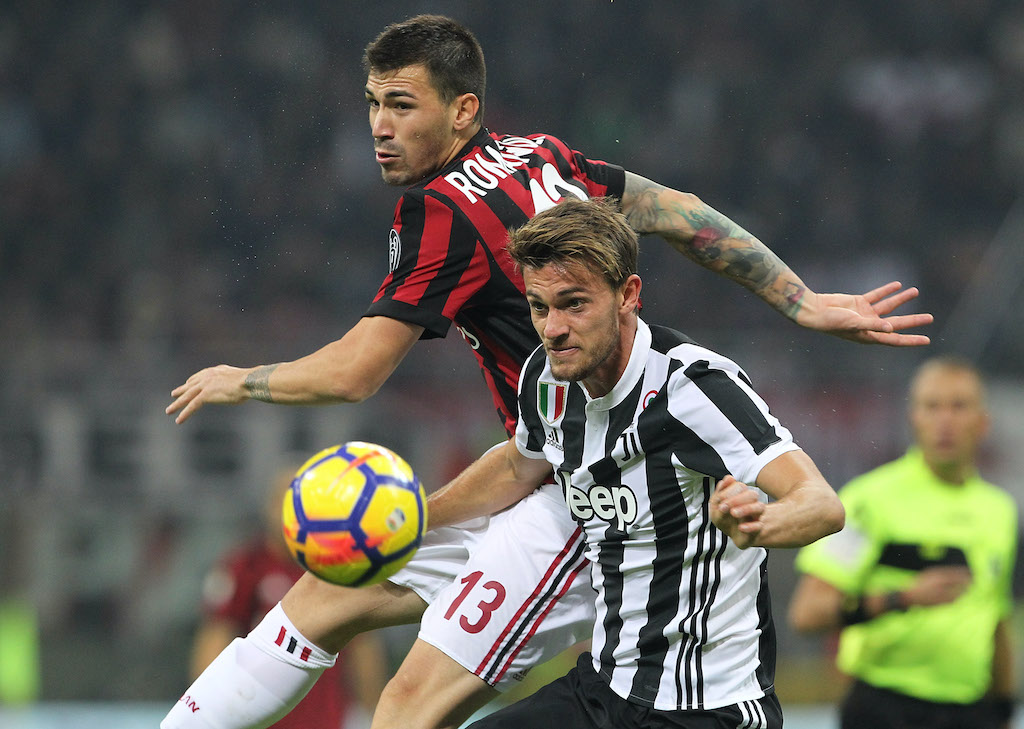 Juventus are on the hunt for a new central defender, a report claims, and they have turned their attentions to AC Milan star Alessio Romagnoli.

According to the latest from MilanLive, the Bianconeri are keen to bolster their defensive ranks with Giorgio Chiellini and Leonardo Bonucci reaching the sunset stage of their career. Fabio Paritici – the club’s sporting director – is already working to find Matthijs De Ligt’s partner for the future.

Alessio Romagnoli is one of the options that Paratici is considering, and in the past few years attempts have already made by Juventus but the player has opted to stay.

Nonetheless, it appears that the Turin-based side are about to get even more serious with their interest. The report claims that Paratici has offered up centre-back Daniele Rugani plus cash to try and tempt Milan into selling their captain.

Milan though are unlikely to accept such a proposal, as Rugani is not at the level of Romagnoli, and if they really have to sell the 25-year-old then they want at least €50million of cash.

In the meantime, Romagnoli’s renewal risks becoming a soap opera like the Gianluigi Donnarumma situation. His current deal expires in June 2022 and there is time to negotiate, but not too much time. Nonetheless, the player is attached to the club and would stay with an acceptable offer.