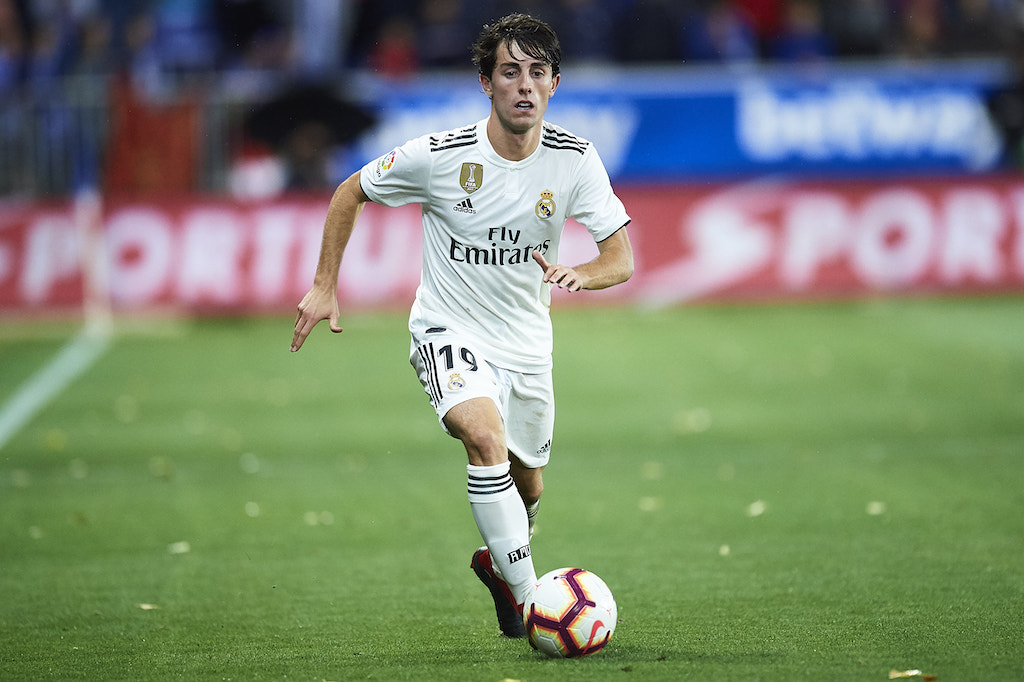 AC Milan could look to pull off another Theo Hernandez like operation by signing Alvaro Odriozola from Real Madrid, a report claims.

The Rossoneri have have struggled for consistency in the right-back position all season with neither Andrea Conti nor Davide Calabria able to nail down a consistent starting spot due to a combination of injuries, suspensions and poor form.

On the left side of the defence though Milan have had no problems at all since the arrival of Theo Hernandez from Real Madrid for €20m last summer.

As a result, MilanLive are reporting that the Rossoneri could look to address the aforementioned deficiency by making a move for Real Madrid right-back Alvaro Odriozola.

In January he was forced to move to Bayern Munich on loan after making just five appearances for Los Blancos in the first half of the season.

In the summer he will return to the capital, where he will also find Hakimi as well as Dani Carvajal. Milan could look to take advantage of their ‘excellent relations’ with Real Madrid and sign Odriozola, who cost them €30m plus a potential €5m in bonuses when they signed him from Real Sociedad two years ago.