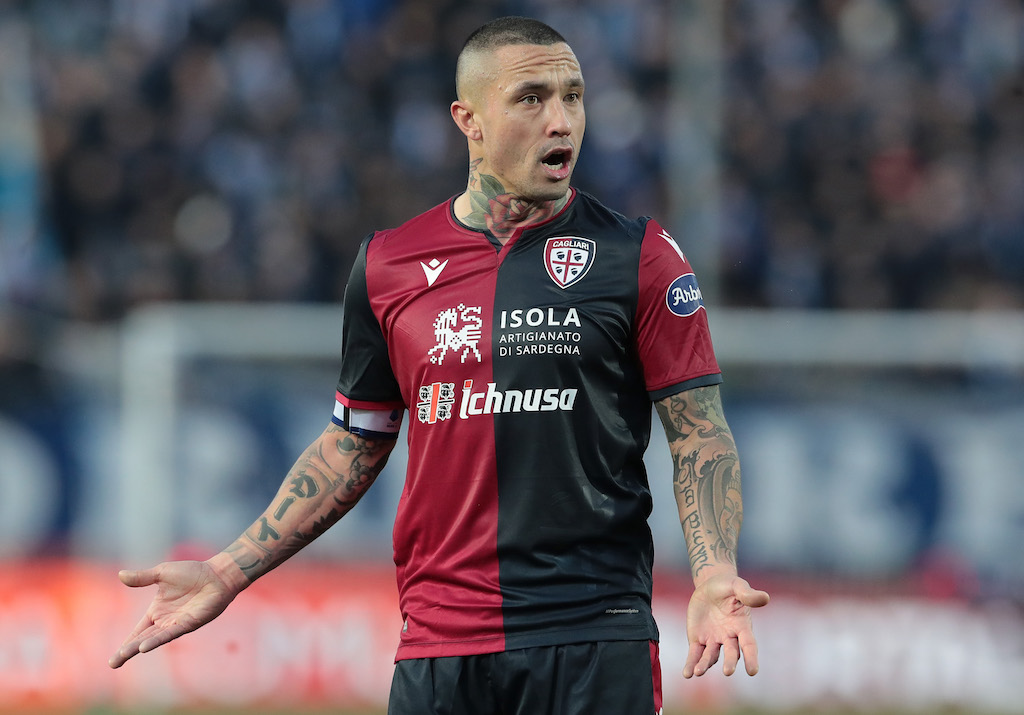 ML: Milan could sign €38m midfielder that Inter and Cagliari have no intention of keeping

AC Milan could make an attempt to sign Radja Nainggolan from Inter in the summer transfer window, according to a report.

Nainggolan joined Inter for €38million back in June 2018 (via Wikipedia) but last summer was sent to Cagliari on a season-long loan, where has has impressed by scoring five goals and adding five assists in 21 Serie A appearances.

As MilanNews reports though, Cagliari president Tommaso Giulini has already ruled out signing him permanently as he said: “ It is very hard for Cagliari to think about holding Radja. If he wanted we could try, but it would not be conceivable to support even half of his salary.”

The report describes the Belgian midfielder as a ‘crazy idea’ that Milan could seriously take into account, as Antonio Conte’s Inter do not intend to focus on him at all, given that last summer they tried in every way to get rid of him.

There are two options for the 31-year-old: accept a lucrative and generous offer from more exotic leagues (China or USA), or decrease salary and try his luck in Italy.

The Rossoneri meanwhile need a complete midfielder, explosive and gritty and Nainggolan could be just that, while the player would be motivated to prove to Inter and Roma that they were wrong not to keep him.

It is difficult to understand if Nainggolan could be a suitable profile for the game of Ralf Rangnick – the possible new Milan boss – but certainly a couple of experience grafts would benefit the leadership of the team. A loan with an option to buy may be a formula that works, the report concludes.