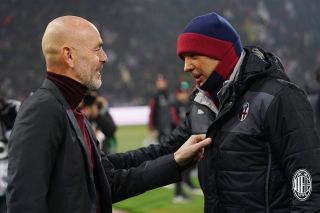 AC Milan do not intend to stop reinforcing their defensive department even after the arrival of Pierre Kalulu. The Rossoneri want to bring another right-back seeing as Davide Calabria looks likely to leave the club at the end of the season.

The Milan youth product has been disappointing this season and after a negative season he will be put on the market, as reported by MilanLive.it. In recent weeks, the Italian has been linked especially to Serie A side Bologna.

Sinisa Mihajlovic would like to revive Calabria’s career. To sell the player, Milan want a figure close to 15 million euros. Too much for Bologna but the interest is real and for this reason, the clubs could study a new path to bring the defender to the Rossoblu.

An idea could be a swap deal for Bologna’s Takehiro Tomiyasu. The Japanese player has been a revelation for his club this season and has attracted the attention of several clubs.

The arrival of the 21-year-old would certainly be convenient for Milan, as the player is able to play in all roles in the defensive department. However, the evaluation by Bologna has not yet been disclosed, but it may not be so far from that of Calabria.