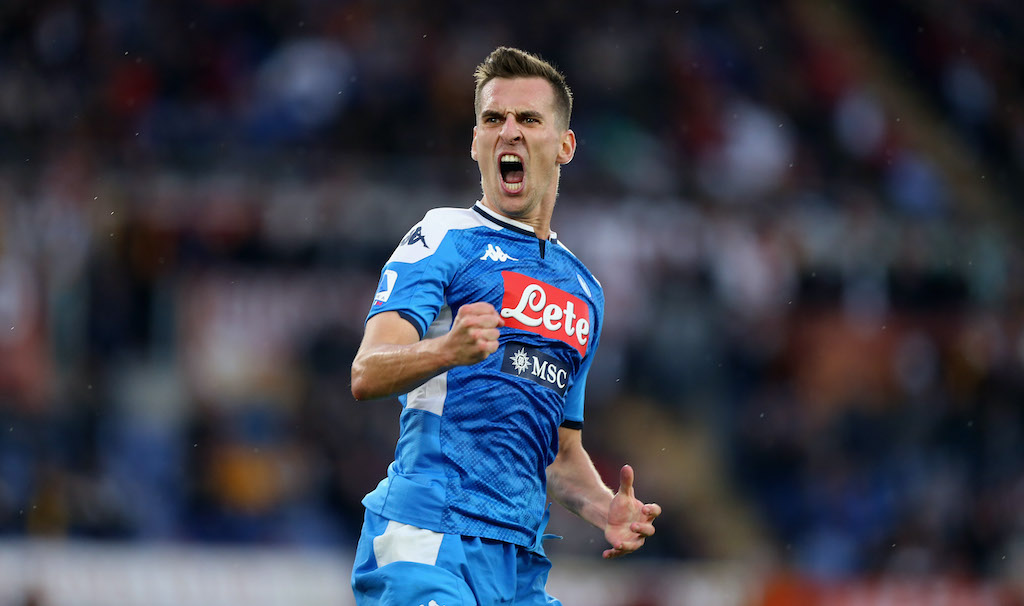 ML: Milan given huge boost in pursuit of No.1 striker target as Napoli are ready to sell

AC Milan have been given a boost in their pursuit reported pursuit of Arkadiusz Milik as Napoli are closing in on his replacement.

La Repubblica reported a week ago (via MilanLive) that Milan are keen on Milik and are willing to offer up Franck Kessie to meet Napoli’s €40m valuation of the pole.

According to MilanLive, Milik is one of several names that are being evaluated, especially with the doubts over the future of Zlatan Ibrahimovic.

Napoli meanwhile are closing in on the signing of Victor Osimhen from Lille for a fee of €60million, something which is virtually certain to push Milik out of the exit door.

They even add that the 26-year-old is at the top of Milan’s wish list, but the competition of Juventus promises to be a big obstacle as they can offer him Champions League football and the chance to work against with Maurizio Sarri.