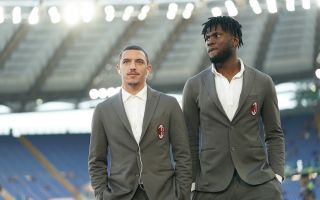 ML: Milan set to have two big absentees for Roma, Juventus and Inter games – a midfielder is needed

AC Milan’s desire to sign a new midfielder could well have become a necessity thanks to the release of the Serie A schedule for next season.

MilanLive notes how the problems arise in the months of January and February when Milan will face three very important games against top four rivals. Milan will face Roma on 6 January and then on 23 January Milan will host Juventus. As if that weren’t enough, the derby against Simone Inzaghi’s Inter is scheduled for 6 February.

In the middle of these games are fixtures against Spezia and Venice, but the main issue is that midfield duo Frank Kessie and Ismail Bennacer will be involved in the African Cup of Nations in the aforementioned period, respectively with the Ivory Coast and Algeria.

This means two very heavy absences will be felt which will make life difficult to say the least for coach Stefano Pioli, and now for the management the feeling is that another holding midfielder must arrive so Sandro Tonali – if fit – isn’t paired with Calabria or Krunic.