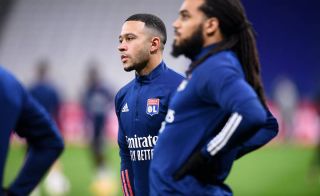 Milan are looking for a striker on the market as Zlatan Ibrahimovic has struggled with injuries all season. Furthermore, next season could be the Swede’s last with the club, meaning a replacement for the future is needed.

Several names have been linked with the Rossoneri in the last few months, such as Andrea Belotti and Dusan Vlahovic, but no negotiations have started. As highlighted by MilanLive, another name could reappear on their radar: Memphis Depay.

Milan have been following the Dutch striker for quite some time and since his contract with Lyon will expire, he’s expected to leave for free this summer. He seemed set to join Barcelona, but the Spanish side securing Sergio Aguero has blocked the move.

Depay will thus have to find another destination and Milan could be the right one for him, especially if the Rossoneri can get Champions League. Just last week, Daniel Speranza reported that contacts between the parties are frequent.

READ MORE: Shevchenko reveals one thing that ‘can make the difference’ in Milan’s favour vs. Atalanta