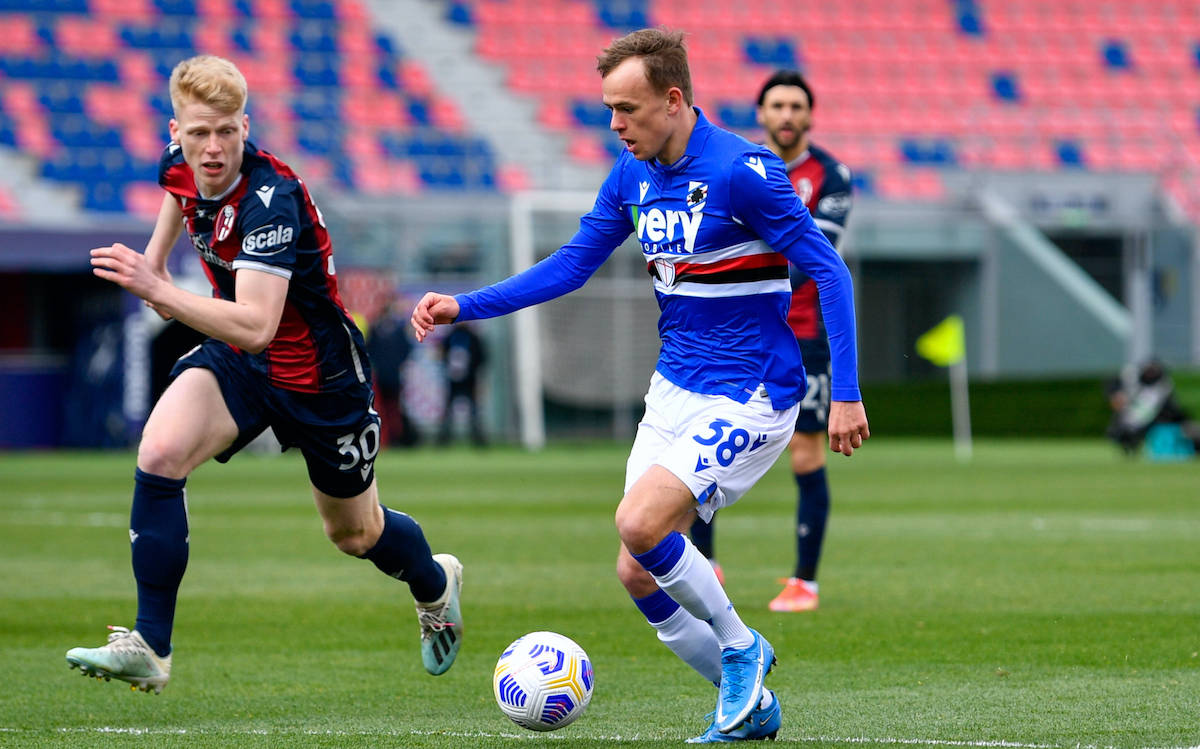 AC Milan are set to take a closer look at a young Sampdoria star on Saturday when the two teams meet at San Siro, according to a report.

MilanLive writes that Mikkel Damsgaard will be among the players that Milan keep an eye on during the lunchtime encounter. The midfielder – who will turn 21 in July – will return from his commitments with the Danish national team, where of course he will know Simon Kjaer from.

The player featured in the 8-0 win against Moldova, in which he showed off with two assists and two goals playing on the left wing. However, this season Damsgaard has shown that he is capable of playing on the right too, and even centrally.

He has 26 appearances in Serie A so far this season with two goals and four assists amassed, something that means the ‘eyes of all the big clubs are on him’ and Milan are also ‘watching his growth carefully’.

On Saturday Maldini and Massara will have the opportunity to see him up close, even if Ranieri could make him start from the bench, with Jakub Jankto the favourite at the moment. Damsgaard is a player who ‘fully reflects the profile sought by Milan on the market’ but his price has already risen considerably from €6m to at least €20m.