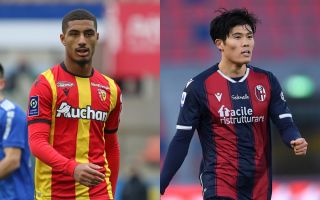 ML: Two potential targets for Milan as captain Romagnoli could leave for €20m

Alessio Romagnoli’s contract will expire in 2022 and Milan are thus facing an important decision: either renew the contract or sell their captain. The latter remains a possible outcome, sparking some rumours.

The Rossoneri value Romagnoli at around €20m, as per MilanLive, mainly because he has just one year left on his contract. Their captain doesn’t exactly lack suitors either, with several teams interested, and that makes the departure a real possibility.

Matteo Gabbia and Pierre Kalulu will be part of the squad next season but they aren’t considered first-choice replacements. Therefore, should Romagnoli leave, then Milan would reinvest the money on a new centre-back this summer.

There are a few names that never have left the wish list of Paolo Maldini and Ricky Massara, as the report continues. Loic Bade of Lens is one and Takehiro Tomiyasu of Bologna is another. The latter, of course, is very versatile in defence.