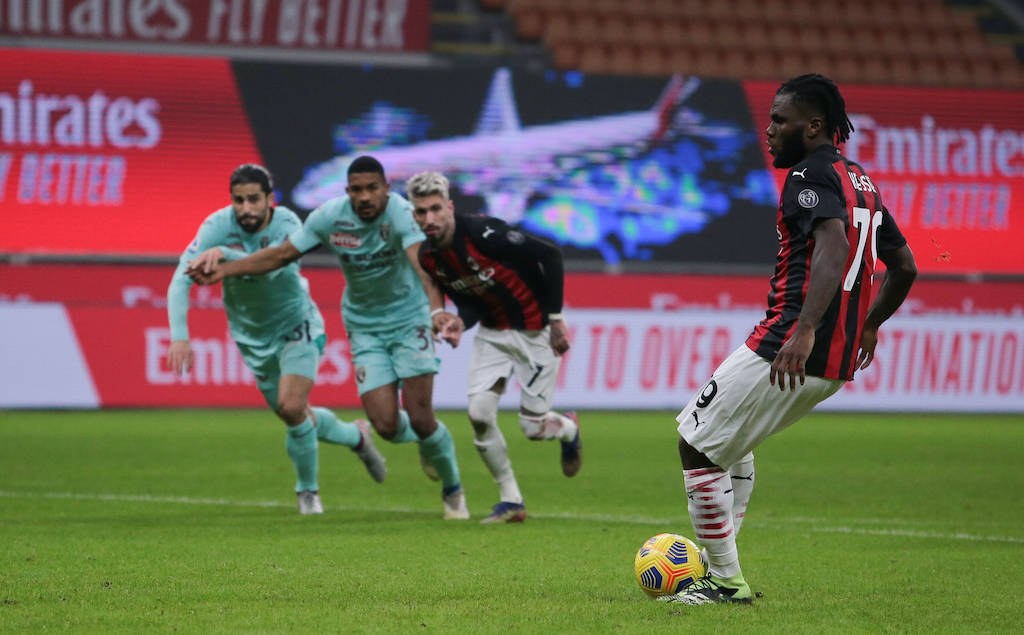 MN: 13 of Milan’s 14 penalties are fully justified – a case-by-case breakdown

Opposition fans and sections of the media subscribe to the belief that AC Milan have been lucky to receive 14 penalties in the league so far this season.

As MilanNews writes, there are even those who believe that the Rossoneri are at the top of the standings only thanks to all these penalties. One thing they are certainly now, however, is unjust. Below they analyse the 14 penalties thus far…

Penalty 1 – Milan-Bologna: Referee La Penna gives a free kick for a foul by Orsolini on Bennacer, but is recalled to the VAR monitor which shows him the foul was inside the area.

Penalty 2 – Crotone-Milan: Theo Hernandez’s deep throw found Rebic, who controlled with his chest and was brought down by Marrone. A clear foul also in this case and a penalty rightly granted to the Rossoneri.

Penalty 3 – Inter-Milan: Ibrahimovic enters the area and is brought down by Kolarov. A penalty is whistled without hesitation by the referee Mariani.

Penalty 4 – Milan-Roma: After a nonexistent penalty granted to the Giallorossi for a foul by Bennacer that was actually the Algerian being fouled, the referee evened it up by giving Milan a spot tick after a collision between Mancini and Calhanoglu. In this case, it is the classic compensation penalty.

Penalty 5 – Milan-Verona: Another clear penalty for the Rossoneri for a foul by Matteo Lovato who cuts Kessie down. Guida had no hesitation.

Penalty 6 – Milan-Fiorentina: Saelemakers enters the penalty area and is caught as he was about to shoot by Pezzella. Abisso thought about it for a moment and then whistles for a penalty, and the replay showed clear contact.

Penalty 7 – Milan-Fiorentina: Abisso called another penalty for the Rossoneri, this time for a foul by Caceres on Theo Hernandez. The Milan full-back is pushed to the ground after beating the former Juventus man, who didn’t attempt to play the ball.

Penalty 8 – Sampdoria-Milan: Tonali’s cross went into the area and Theo Hernandez went up for a header with Jankto, who handled the ball and Calvarese called the penalty.

According to the regulation, his decision is correct as explained by the former referee Bergonzi: “For handballs we must refer to the regulation. They must not be close, there must be no voluntariness and an arm that goes towards the ball. A high arm is always dangerous and this time there was. For me Jankto didn’t want to catch the ball, but that arm was in a dangerous position and Calvarese punished that. ”

Penalty 9 – Milan-Lazio: Patric slid to block a shot from Rebic which hit his armpit. The referee Di Bello, very close to the action, rightly gave a penalty though as the Croatian was wiped out afterwards by the slide.

Penalty 10 – Benevento-Milan: Rebic beats the Giallorossi defender who floors him as he almost wins the ball back in a dangerous areas, and the referee Pasqua pointed to the spot.

Penalty 11 – Milan-Torino: VAR summoned Maresca for an foul in the area by Belotti on Brahim Diaz. From the replay, it is clear that the Granata attacker touches the ball, but first touches Milan attacking midfielder’s knee. The referee overturned his call and gave a penalty.

Penalty 12 – Cagliari-Milan: Ibrahimovic runs deep and arrives first to Brahim Diaz’s through ball. Lykogiannis got there behind and floors him. Correct decision, confirmed by VAR.

Penalty 13 – Bologna-Milan: Doveri grants two penalties to the Rossoneri. The first came as Leao went after a loose ball but was held onto by Dijks as he was about to get there.

Penalty 14 – Bologna-Milan: The second case saw Soumaouro handle the ball twice while attempting to compete with Ibra for an aerial duel.