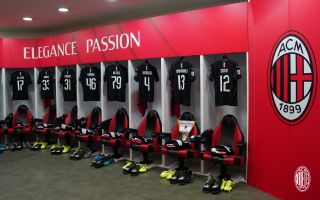 MN: 24 players that could become 18 by June – the state of the current Milan squad

The AC Milan leadership have a number of key decisions to make between now and the summer given the state of the current squad.

An interesting January transfer window saw five players arrive, although none of them have done so on a permanent basis. On the flip side, six players departed for what could become a total saving of €80m, with many assuming the club are clearing the decks ahead of the summer.

THE CURRENT ROSE – Goalkeepers: Begovic (on loan until June), Donnarumma A, Donnarumma G.

As MilanNews.it notes, Pepe Reina is on a dry loan at Aston Villa until July, as is Ricardo Rodriguez at PSV, although good relations with the Dutch side may end in a future agreement to buy.

Diego Laxalt has already returned and will be evaluated over the next few months, while the future of Asmir Begovic will entirely depend on what happens to the goalkeepers department: he could also remain if Reina leaves.

Simon Kjaer will have to be redeemed if he keeps going at his current levels, but the rear guard could still see other departures  given that Mateo Musacchio’s contract expires in 2021 and Leo Duarte will have to be evaluated after a serious injury.

In midfield, it is almost certain that Lucas Biglia will depart as his contract expires, while Giacomo Bonaventura’s fate will be determined by his economic requests given his deal is up in June too.

Alexis Saelemaekers – barring unexpected disasters – should be redeemed, but today we cannot have absolute certainty. Zlatan Ibrahimovic’s future will depend on many factors.

MORE FREE MARKET – Boban and Maldini have managed to thin out the squad like no one had ever managed to AC Milan in so many years.

As a consequence, huge wage bill has been substantially reduced which should allow for greater freedom for the summer market, when other heavy contracts such as Biglia will be off the books.

A sigh of relief from an economic point of view that provides less security on the technical side, where the Rossoneri will have to make careful but important investments to continue the path back to competing.