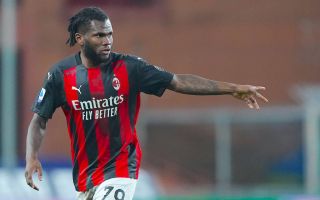 MN: A rapid evolution and an incoming renewal – Milan ready to lock down midfielder

AC Milan are looking to get a signature from Franck Kessie that will see him commit his long-term future to the club, a report claims.

As MilanNews reports, Kessie’s rise in consistency has aligned perfectly with Pioli’s decision to switch to a 4-2-3-1 formation, which has allowed the Ivorian to combine great physical presence with a new-found vision of the game.

The report adds that the 23-year-old has a very solid relationship with Zlatan Ibrahimovic, which in fact allowed him to become part of a small group of players who can speak to the whole team in the right moment.

The news regarding his renewal is very positive too. Kessie, in fact, wants to stay at Milan and would like a quick negotiation for the signing of his new contract with the Rossoneri.

The management has already made contact with George Atangana, his agent, to try and negotiate an extension until 2024.