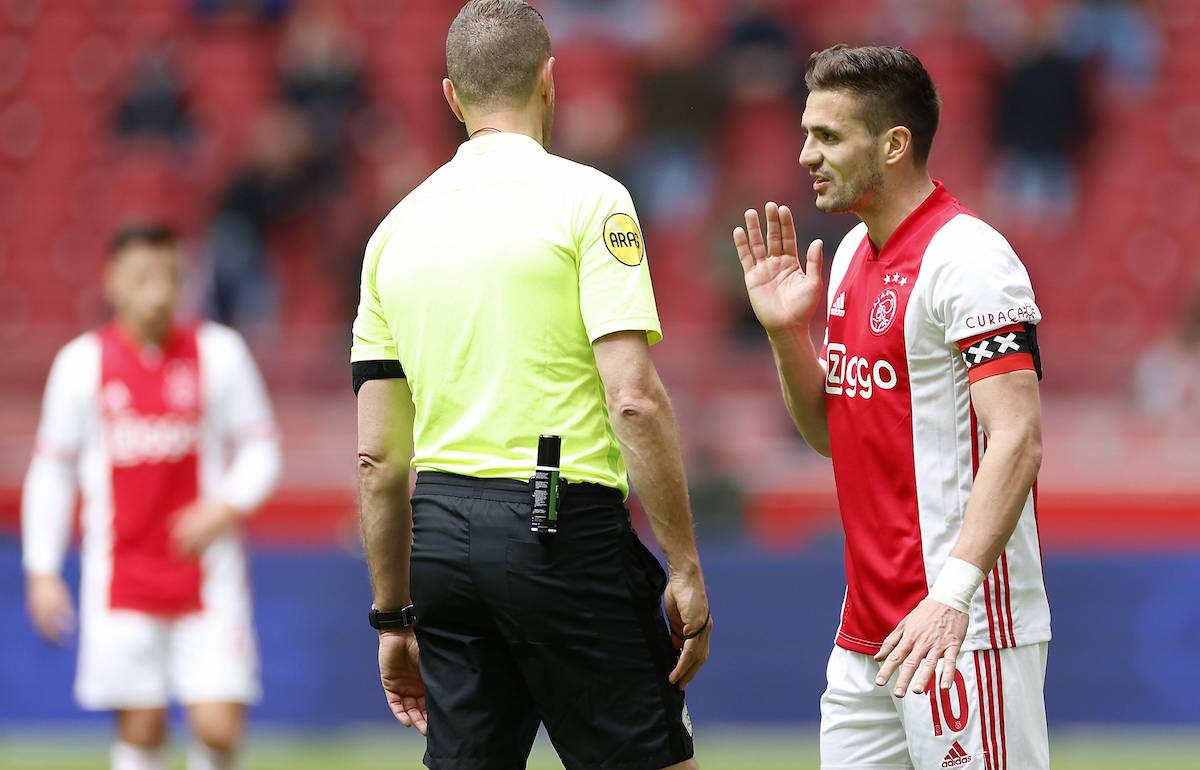 AC Milan are hoping that Ajax star Dusan Tadic will push for a move to Italy given that the Dutch side have set a firm stance, a report claims.

According to MilanNews, Tadic is just the latest profile that Milan has probed for their attack but he is not the only name, with the Rossoneri management ‘playing on many tables’, some more expensive than others.

Paolo Maldini and Ricky Massara are at work to provide the pieces missing from Stefano Pioli’s squad who, on Thursday, will start preseason with a largely incomplete team because of injuries, unavailability due to international commitments and gaps in depth.

Ajax’s director Marc Overmars said that the player will not move from Amsterdam, but the Serbia international could still push for a move to join the Rossoneri both from a career point of view, but also also because he would earn double what he gets at Ajax. Hakim Ziyech of Chelsea, Dani Ceballos of Real Madrid and Marcel Sabitzer could be other options.