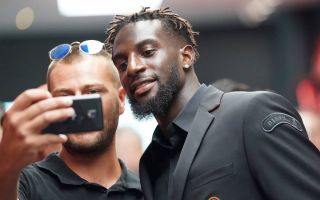 MN: All the details of Bakayoko’s Milan return emerge as Pobega prepares for new loan

AC Milan will soon welcome their ninth signing of the summer in Tiemoue Bakayoko but they will not stop there, according to a report.

MilanNews reports this morning that the Bakayoko operation was completed last night. The 27-year-old Frenchman will land in Italy in the next few hours after having renewed his contract with Chelsea until 2024.

Milan will sign him on a paid two-year loan with an option to buy, with the possibility that the buy-out becomes mandatory under certain conditions included in the contract of the player. It is the formula that allowed the negotiation to be unblocked after months of continuous discussions.

The player can’t wait to return to Italy and make himself available to Pioli, who will have an extra reinforcement for the midfield, while the Rossoneri will now let Tommaso Pobega leave for Torino on a dry loan.