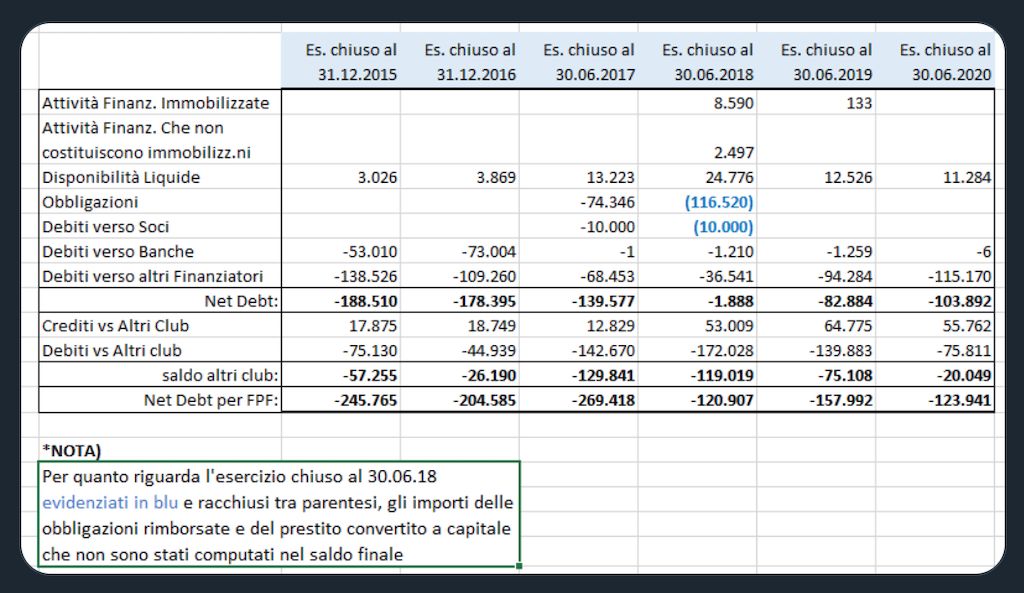 MN: An analysis of Milan’s 2019-20 accounts – positive signs and the key figures

AC Milan’s overall financial health appears to be improving despite the fact the club recorded their highest loss in a single financial year.

The 2019-20 accounts were approved during yesterday’s Shareholders’ Meeting at Casa Milan, and Raffaele Greco of the APA Milan (Small Shareholders Association) has published an analysis of the financial year on Twitter.

He notes that while the net financial position of Milan has worsened by €21million, one big positive is that the balance between receivables and payables vs. other clubs is improving quite clearly, as the Rossoneri are €55m better off compared to the 2018-19 statement.

The balance between credits and debts is another very important aspect – that is money the club owe versus the money that the club are owed – and it is looking very good for Milan. This is something which is significant from a UEFA perspective with regards to Financial Fair Play.

As seen above, the net debt is in the bottom right corner of the first picture and is €123,941,000 and that is still much lower than the total revenue the club generated in 2019-20 which is €192.3m. This revenue figure has not been lower for a long time, and is due to the effects of the Coronavirus on ticket receipts, sponsorships and TV money.

As MilanNews reports, another position of €21m was added to the credit line already active for the sale of the TV rights of Serie A – currently at €80m – and it relates to the sale of Krzysztof Piatek for which €15.61m is still to be collected.

The Net Equity – thanks to a further €145m capital increase intended to cover the huge liabilities 19-20 – is still positive at €34.1m. Finally, the report states that between July and October 2020 another €96.5m was paid in, leaving a total of €130.6m that Elliott have injected to keep the club’s capital stable.

The thread ends by acknowledging how the ownership Elliott must be acknowledged for providing the club with all necessary support during a very difficult time.