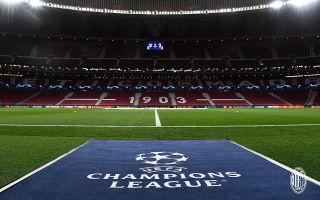 MN: Atletico win a boost for Milan’s accounts as well as morale – the amount they will earn

AC Milan received a nice boost to their coffers after last night’s win against Atletico Madrid at the Wanda Metropolitano, a report has revealed.

Milan came into the game knowing that it was a do-or-die situation; either they had to record their first victory of the group stage or they would be eliminated, and while they had to wait until the closing stages to get the goal their pressure deserved it did eventually arrive through Junior Messias.

According to MilanNews, yesterday’s victory at Atletico Madrid was not only important on a sporting level since it allows Milan to remain in the running for qualification for knockout stages of the Champions League, but it also serves an economic purpose thanks to the prize money involved.

The win against the LaLiga champions will bring €2.8m in extra revenue as is the amount that UEFA give out as prize for a victory in the group stages of the 2021-22 Champions League.