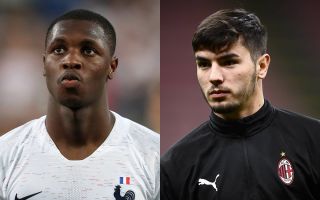 MN: Ballo-Toure and Brahim Diaz will sign their contracts at Casa Milan tomorrow

Milan are preparing for two more arrivals, after announcing the signing of Olivier Giroud earlier today. Fode Ballo-Toure and Brahim Diaz will both be at Casa Milan tomorrow to make things official.

Brahim Diaz obviously spent last season on loan with the Rossoneri and he’s now ready for his return. Milan were able to reach an agreement with Real Madrid on the basis of a two-year loan: €3m fee, €22m buy-out and a €27m buy-back.

As for Ballo-Toure, the latest reports suggest that the Rossoneri will pay around €4.5 to Monaco for the permanent signing. Not too shabby, but also it also makes sense not to spend loads, given that Theo Hernandez is the undisputed starter at left-back.

According to MilanNews, they will both be at Casa Milan tomorrow to sign their respective contract with the club. Therefore, both deals could be announced by Milan tomorrow, which would indeed be very exciting.