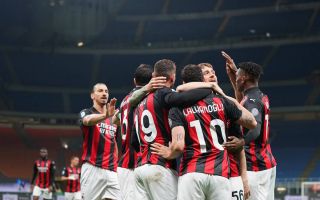 Milan secured an important milestone last night as they managed to beat Benevento by two goals to nil at home. Therefore, they are now at 69 points in the league standings, an amount they haven’t reached in a long time.

Hakan Calhanoglu and Theo Hernandez secured the deal with their goals and it could have been more for Milan, had they not missed so many chances. Three important points in the Champions League race, which is so tight.

As highlighted by MilanNews, it’s the first time that the Rossoneri have registered at least 69 points in a season since 2012/13. In other words, it shows the great progress that the club has made in the last few years.

In the 2012/13 season, Milan got to 72 points but it seems they could be that this term. It also shows just how tough it is to secure a top-four finish this season, with several teams in good form and battling for a spot.