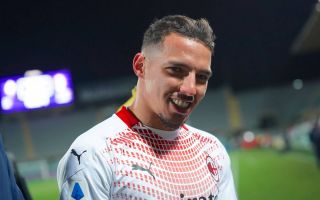 MN: Bennacer makes his real return after over three months – Milan have their orchestrator back

One of the most positive aspects of Milan’s win over Fiorentina on Sunday evening was the return of Ismael Bennacer to the field.

As MilanNews writes, it was back on 13 December 2020 that Bennacer went down with what was a serious muscle injury, so much so that the Algerian returned only at the end of January and played a few minutes against Bologna and then started against Spezia, but seemed off the pace and that’s why the relapse came against Red Star in the next game.

Against Fiorentina he came on and looked a lot more like himself, and Pioli himself underlined how Bennacer had trained well during the week, a sign that his condition was back to normal.

Excluding the brief appearances against Bologna, Spezia and Red Star, Bennacer was missing for three and a half months – a total of 18 missed matches. Being the “brain” of the midfield (without wanting to discredit the other midfielders) for so long means that it is not a surprise that Milan’s results suffered with defeats to Atalanta, Inter (twice), Napoli and Manchester United.

His entrance against Fiorentina – in a key moment after Brahim Diaz’s equaliser – allowed him to come on and direct the game, maintaining the momentum and contributing to the eventual win as the build-up was more effective and rapid and the tempo stayed high. In short, Milan have a key piece back, and hopefully for longer this time.