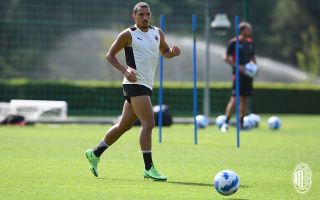 After an injury-riddled 2020-21 campaign, Ismael Bennacer is out to once again demonstrate his importance to AC Milan in the upcoming campaign.

At the beginning, under the technical guidance of Marco Giampaolo, Bennacer struggled to fit in and his disciplinary record was questionable as he racked up a lot of yellow cards, but when Stefano Pioli came along he found his home in the double pivot of the 4-2-3-1.

MilanNews writes how alongside Franck Kessie in the engine room, Bennacer forms a very solid pairing which led Milan to second place in the standings last season. With Bennacer on the field, Milan lost only two games in the last campaign – Spezia and Lazio away – recording an average of 2 points per game.

Without the former Empoli star however, Milan lost 5 out of 17 games, with an average of 1.8 points per game accrued. The numbers testify how the Algeria international is fundamental for Pioli’s game, and he will be even more so next season with a return to San Siro.

Bennacer has never lacked confidence during games and it is his dribbling skills that will be needed for Milan to escape the rigorous high press from Europe’s top sides, and it is hoped that the physical problems that gripped him last year are definitely behind him.