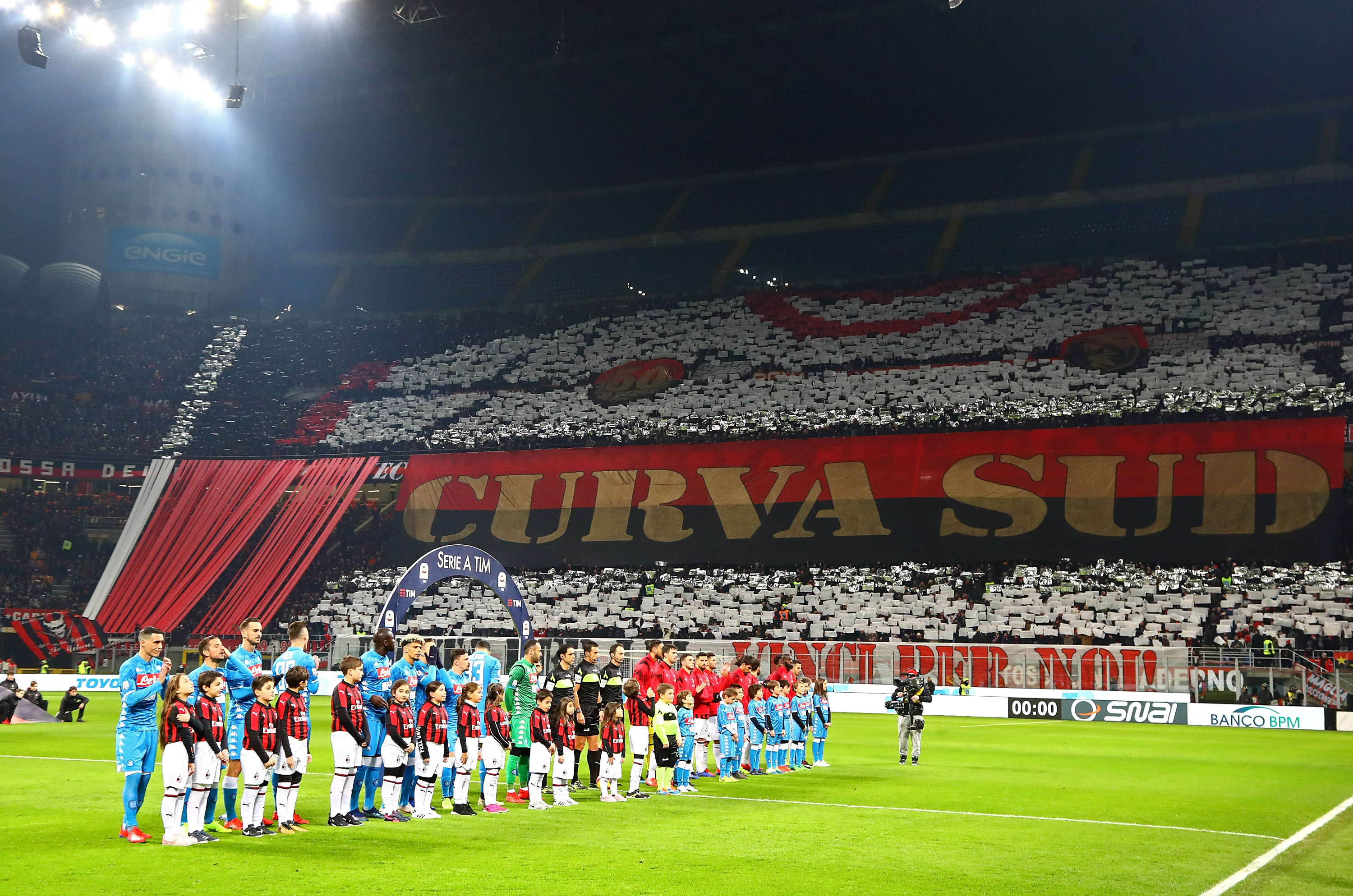 A bumper crowd is expected at San Siro for AC Milan’s game against Napoli after the international break, it is claimed.

The Rossoneri have had a disappointing start to the season, losing seven of their first 12 fixtures which has resulted in them languishing in 14th place in the table at present.

Stefano Pioli replaced Marco Giampaolo as head coach last month but has not had an instant impact, losing three of his first five games which included damaging defeats against Roma and Lazio.

Despite this, the spirit of the Milan supporters appears not to have been dented, as MilanNews.it reporter Anto Vitiello claims that over 55,000 tickets have already been sold for the game against Napoli.

He also adds that the third tier along the sidelines will open for sales on Friday, which in theory means sales could easily exceed 60,000.

Napoli come into the game looking to end their own torrid recent form which has included players mutinying against a training retreat.