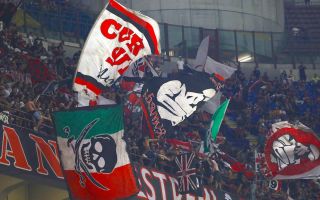 A bumper crowd is expected for tomorrow night’s game against Hellas Verona at San Siro, according to a report.

Milan will be looking to continue their fantastic league form from before the international break, with their most recent result a 3-2 win away against Atalanta and a performance that was more convincing than the scoreline suggests after a fast start established a 3-0 lead before a late fightback.

According to what is being reported by MilanNews, there is clearly a buzz about Milan’s return to the field after the international break as about 40,000 spectators are expected for tomorrow night’s match between Milan and the Gialloblue.

It is another great signal from the Rossoneri fans that they are right behind the team as they look to take over top spot for the meantime and continue their excellent run. They will face a Verona side that struggled to begin the season but have picked up and are unbeaten in four.