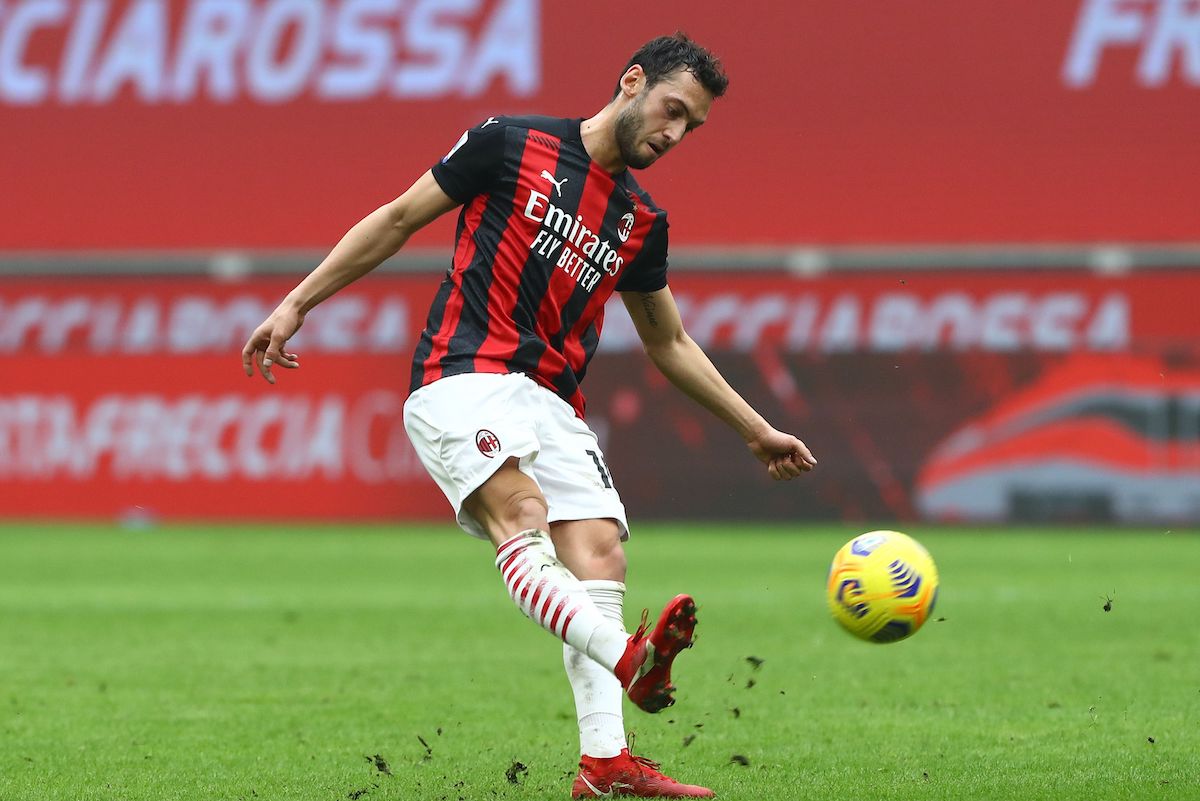 MN: Calhanoglu not proving to be worth his salary demands – Juve interest may be a distraction

AC Milan playmaker Hakan Calhanoglu has not been up to scratch in recent weeks and in improvement is needed to show he deserves a new deal.

As MilanNews writes, the Turkish attacking midfielder is not proving to be up to the glorious number of the contractual requests that his entourage demands from the Milan management in order to extend his contract.

He has only scored 3 goals in the current Serie A season: a penalty against Lazio in the first half of the season, a decisive striker to win 3-2 against Fiorentina and the opener against Sassuolo in what ended up being a 2-1 defeat. He is the leader in assists, with 9 amassed in 28 games played.

In the evaluation of the player, however, the errors in front of goal weigh above all such as the sensational opportunities wasted against Lazio and the lack of incisiveness – i.e. making the right choice at the right time – within his game.

Having made an initial request of €6m net per season, Calhanoglu’s entourage lowered their claims to €5m, with the offer of the Rossoneri management stopped at €4m plus bonuses. The interest of Juventus and a couple of other European clubs is rumoured and the speculation may be affecting Hakan himself, but if you ask for certain figures you have to confirm them on the field.

Six good months are not enough to earn a top salary, especially if you are the number 10 of Milan where you have to make a difference in the moments that matter.