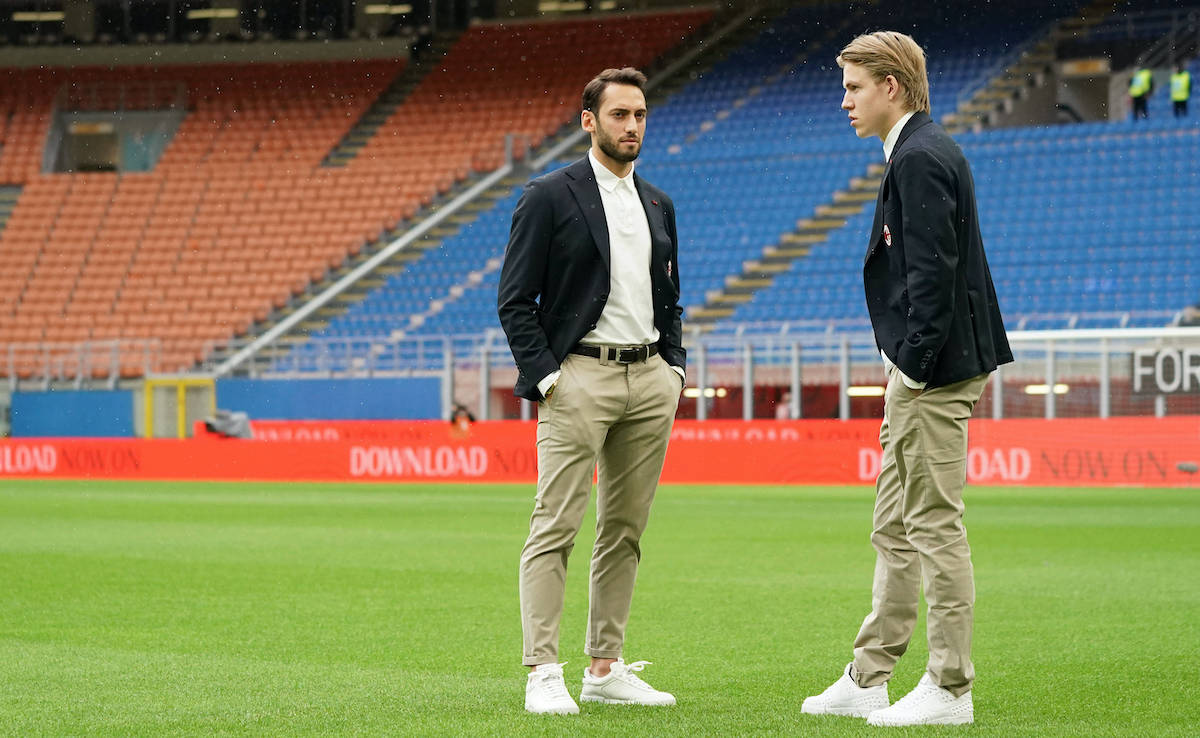 Some interesting updates have arrived regarding Milan’s plans for the attacking department and potential movements this summer via MilanNews.

The source claims that Milan have not received a definitive answer from Hakan Calhanoglu over his contract renewal, and the Rossoneri will not raise their offer of €4m net per season so the Turkey international will have to respond to Paolo Maldini shortly.

At the moment everything is on standby, but it is clear that most of the club’s plans for this area of ​​the pitch revolve around Calhanoglu. Samu Castillejo can leave while one of Ante Rebic or Rafael Leao could be sold if the right offer arrives, which would allow Jens Petter Hauge to climb positions.

Brahim Diaz would like to stay with the Rossoneri, but the management have to deal with Real Madrid and new coach Carlo Ancelotti. One thing is certain: the club has dictated that they will not participate in auctions in either the renewal of contracts or buying players.