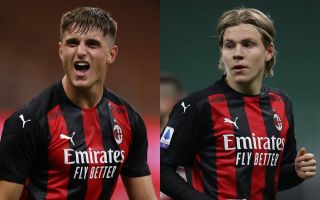 Stefano Pioli has named a 22-man squad for the game between Milan and Nice this evening, which will start at 20:30 CEST. Two players, namely Lorenzo Colombo and Jens Petter Hauge, are not included.

As confirmed by MilanNews, Hauge was left out of the squad due to a technical choice, expected to leave Milan this summer. The winger joined last summer for just €4m and would guarantee a nice capital gain for the club.

Colombo is also expected to leave the Rossoneri before the start of the season. His departure, however, will be on loan and not on a permanent basis. With this in mind, it’s not strange that they were left out of the squad.

As mentioned, the game will kick off at 20:30 CEST and it will be played at Allianz Riviera, meaning it will be Milan’s first away clash of the pre-season. However, they will come away with the win.

READ MORE: Playmaker holding out for Milan move but could resort to €25m transfer