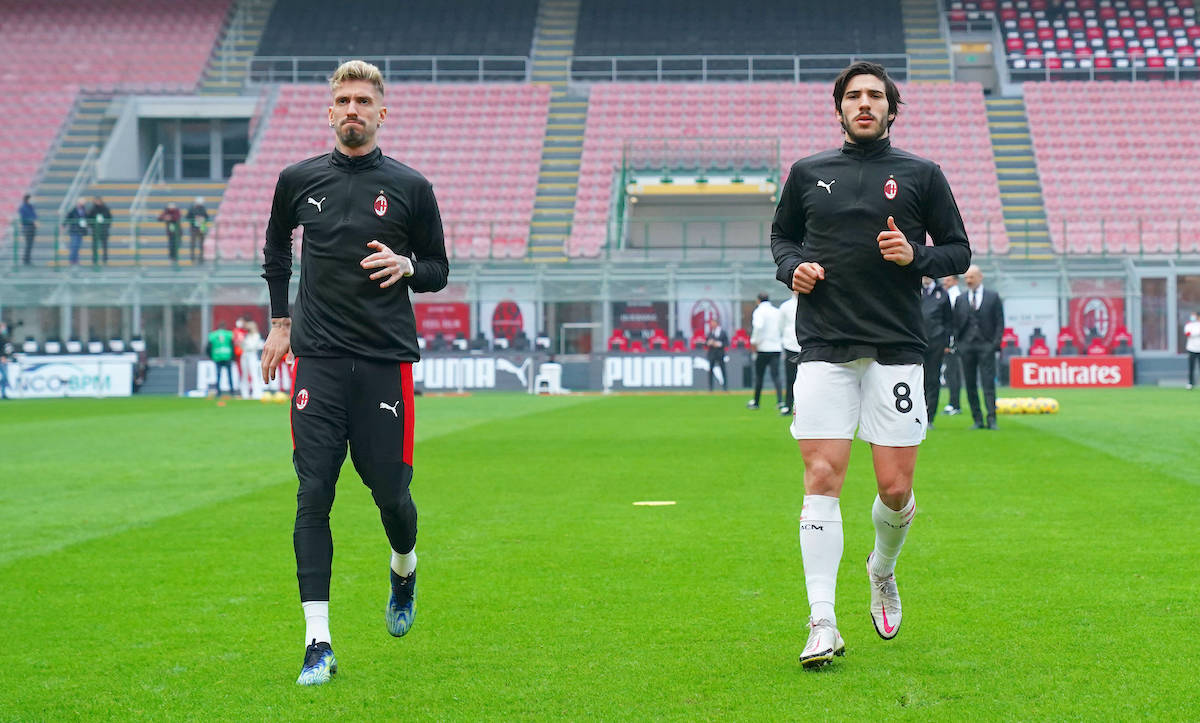 MN: Curva Sud shower Castillejo and Tonali with songs of encouragement – the reasons

MilanNews writes how the Curva sang three special songs in the build up to the game during the warm-ups. The first for was for Castillejo, who thanked the fans by clapping them. The reason for this public support from the group was explained as follows: the player has never behaved badly and has never given anyone the opportunity to speak badly about him since he joined Milan.

The insults received on social media in the last few days following a failure to sell the Spaniard are not tolerable in the eyes of the Ultras, but as we reported he went off Twitter because he no longer uses it.

As for Sandro Tonali, it was a way to reciprocate the gesture made by the player to cut his salary in order to stay at Milan, a tangible sign of attachment to the Rossoneri shirt.

READ MORE: Milan turn to alternative targets as pursuit of Porto’s Tecatito is ‘too complicated’