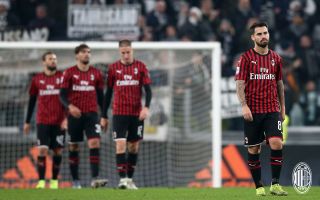 MN: Deal could be completed ‘at any moment’ as Sevilla improve offer for Suso

AC Milan and Sevilla are moving closer to completing a deal which would see Suso join the LaLiga side before the end of the month, a report claims.

It was reported by La Gazzetta Dello Sport (via MilanNews.it) earlier on Tuesday that negotiations between the parties are ongoing, as there is a will on both sides to complete the operation before the window closes.

The Rossoneri are asking for an obligation to buy at €25m in the 18-month loan deal, while the Spanish side are only willing to go as high as €18m.

According to the latest from MilanNews.it, the deal that would see Suso end up at Sevilla could be ‘unlocked at any moment’. On Tuesday morning, the economic offer from the Andalusian club has been slightly improved, with the basis still being a loan with the option to buy that can change into obligation under certain conditions (such as appearances).

The will of Milan, Sevilla and the player is to find the final agreement soon.