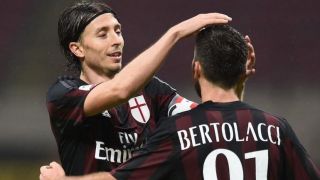 AC Milan have spent a huge amount on midfield reinforcements over the last eight years, and it would be fair to say there have been mixed results.

As a report from MilanNews highlights, the Rossoneri have in fact spent €195million since 2012 on 26 players for the middle of the park when considering just transfer fees alone.

Too many players and too many misplaced hopes, below is the full list…

The report goes on to note how from 2003 to 2012 Milan’s purchases for the midfield can be counted on two hands: Dhorasoo, Vogel, Gourcouff, Emerson, Flamini, Boateng, van Bommel, Nocerino and Aquilani.

Of course the reason for this is that for the best part of a decade Milan were able to focus on a reliable core of midfielders including Gattuso, Pirlo, Seedorf and Ambrosini.

After years of bad management, the Diavolo may have to start from scratch again. There are doubts about the €35m spent on Paquetà, while Kessie and Calhanoglu have struggled for consistency.

Bennacer is the only certainty at present while Bonaventura and Biglia will leave, so the club’s hierarchy will have room to invest and reason on the midfield of the future.

Players like Dominik Szoboszlai and Sandro Tonali continue to be linked, two young and exciting players, but it does make you wonder what might have been had that €200million been saved for less than 10 of the right players.