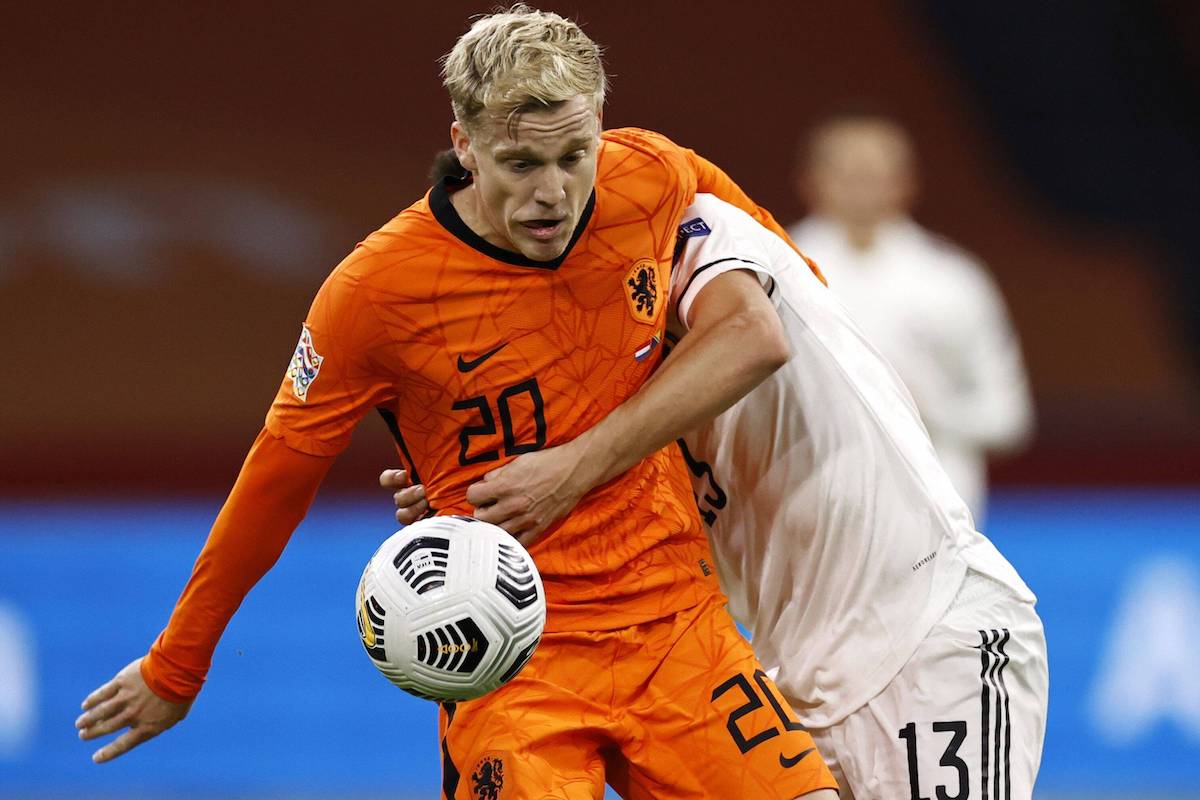 AC Milan could make an attempt to sign Donny van de Beek from Manchester United late in the summer window, according to a report.

MilanNews have published a report highlighting the links between Milan and Ajax, such as their current playmaker Dusan Tadic and their former forward Hakim Ziyech, now at Chelsea but who could come on loan. They add that Van de Beek could be an ‘unmissable chance’ for the end of the market.

Milan are studying their options for the role of attacking midfielder, with the sought after qualities being technique, ductility and experience, but also price. Manchester United would like to sell him only on a permanent deal to try and get back most of the €40m they paid to Ajax last summer.

For this reason, Milan will have to wait for some sales to materialise, but there is a real chance that the attacking midfielder (excluding Brahim Diaz’s return) could be the last addition of the summer transfer campaign. Pioli would like to have a player in sooner rather than later, but the right profile is often worth waiting for.