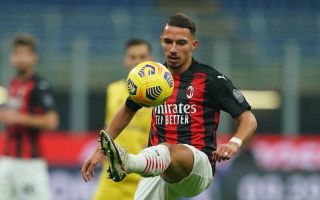 MN: Guardiola and Man City given hands-off warning by Milan over €50m star

Europe’s top clubs have been warned to stay clear of any attempt to sign AC Milan midfielder Ismael Bennacer, according to a report.

Bennacer has established himself as one of Milan’s most important players, forming an exceptional double pivot with Franck Kessie that has been a huge part of the resurgence over the past few months.

According to MilanNews, news arrived that Guardiola and Manchester City are interested in Bennacer, highly esteemed by the Spanish coach. However, signing the Algeria international from Milan will not be easy as there is a €50million release clause in his contract.

Not only that, but the clause is valid only for teams abroad and it has to be paid in a single payment and not in instalments. The midfielder is one of the pillars of this Milan team, who paid €16m to sign him.

Despite his importance to the team, the presence of rotation options is key and in Sandro Tonali – a player strongly desired by Maldini and Massara and considered one of the best prospects in Italian football – Milan have a quality back-up.

Tonali knows that displacing Bennacer in the starting XI will not be easy, but hopes that he can begin to show his development in the coming weeks and months to give Pioli a selection headache.