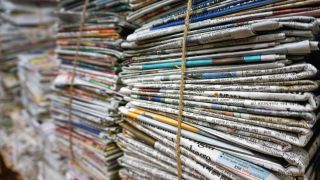 Milan seem to be the team dominating the Italian media at the moment and the news is overwhelmingly negative towards the club.

As MilanNews writes, the focus of the media seems to be only Milan lately, and the news is never positive. Milan have had a great season so far having been top for over 20 rounds, they have a solid ownership and project and they have paid players and staff on time.

A number of recent stories have emerged such as a paper claiming that Zlatan Ibrahimovic killed a lion (a 10 year old argument), then there is the red card he received against Parma, he was caught “having lunch” in a restaurant despite restrictions (it was a business meeting) and is apparently associated with a betting company.

Then there are the headlines surrounding Gianluigi Donnarumma linking him with a move to Juventus and saying that he has astronomical demands, questioning his loyalty to Milan, despite the fact nothing can really happen until a top four spot is secured.

In a very delicate phase for the team, who have eight games to secure a top four spot which basically functions as eight finals, it is imperative for the players, staff and also the fans to think only of the pitch as per the report. Then, from May, we can talk about the market.