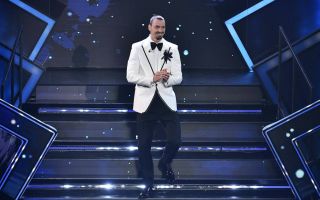 MN: Ibrahimovic must be applauded for what he did before Verona game to charge his team-mates

AC Milan striker Zlatan Ibrahimovic should be applauded for what he did before Sunday’s game against Hellas Verona, according to a report.

As Alberto Cerruti writes in his column for MilanNews, the Rossoneri fans must applaud the Swede’s latest gesture which has remained secret up until this point.

Some believed that he had arrived in Verona on Sunday after travelling by car from the Sanremo Festival, where he appeared throughout last week with Saturday being the last night. However, in order to avoid further delays – as a motorway crash caused during the week forcing him to hitchhike – Zlatan went for a safer option.

He booked a private plane at his own expense, taking off from Nice in the morning with the guarantee of arriving in Verona not only at 15:00 CET – the starting time of the game – but in time to have lunch with his team-mates. It was a great demonstration of attachment to the team, appreciated by all, which certainly charged the younger players who went out and did their leader proud with a big 2-0 win.

READ MORE: Why Man Utd vs. Milan is the pick of the games this week