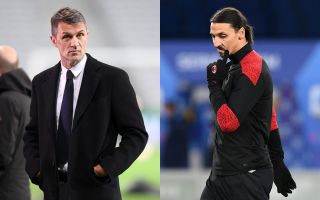 The injury of Zlatan Ibrahimovic, who has missed 11 out of 21 games due to COVID-19 and muscle injures, has changed Milan’s plans on the mercato. After initially deciding against it, they now want to sign a striker.

Paolo Maldini and Ricky Massara, who had already been pondering the idea of signing a backup striker, now find themselves in a position where this is necessary. The only option they have, per MilanNews.it, is to sign a striker in January.

This largely has to do with the fact that Ante Rebic and Rafael Leao have failed to impress in the centre-forward role. The Croatian has played there the most but is yet to get off the mark this season, although he has a few assists.

Ibrahimovic will miss the games against Sassuolo, Lazio and Benevento, at least. The clash with Juventus on January 6 is also at risk and the Rossoneri should be worried about the upcoming games. Hopefully, Rebic will step up and score.